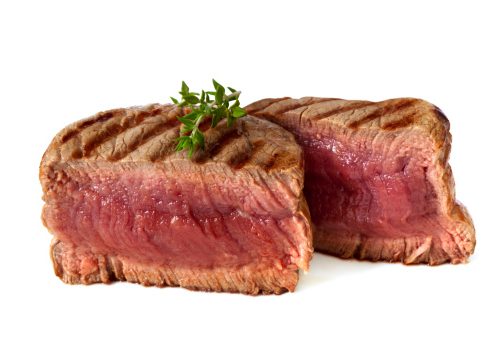 Red meat has received a lot of bad press over the past couple of decades. Scientists have linked the consumption of red meat to high cholesterol, elevated blood pressure, heart disease, stroke, mental health disorders such as dementia, and cancer amongst other chronic diseases. In addition a Harvard Health study concluded that consuming a single extra serving of unprocessed red meat daily, can result in a 13 % increased risk for death. However, according to a recent study conducted at Deakin University in Australia, red meat may have been given an unnecessarily bad rep and its consumption may actually enhances a women’s mental health and reduce her risk for depression.

The Effect on Mental Health

The study involved 1,000 female participants. The women were required to attend a clinical interview and to fill out a questionnaire about their diet, mental performance and mental health. When the researchers compiled the data from the participants they expected to find further evidence that the consumption of red meat negatively affects one’s physical and mental health and they were quite shocked to find out just the opposite. According to the study, the women who consumed less than 64-100 grams (2.5-4 ounces) of red meat, 3 to 4 times a week, were much more prone to mental health issues such as depression. “When we looked at women consuming less than the recommended amount of red meat in our study, we found that they were twice as likely to have a diagnosed depressive or anxiety disorder as those consuming the recommended amount,” reported lead researcher Felice Jacka, Ph.D.
Mental Health Issues and Red Meat Consumption
Many well intentioned medical practitioners will advise their patients to consume less red meat and to substitute it with the presumably healthier dietary protein sources – fish and poultry. However, this study challenges that presumption. In fact, the researchers found that consuming chicken, pork and even fish, did not reduce the risk for mental health issues such as depression at all.

At this point, the skeptic in you may be wondering — if red meat is beneficial to the body and able to enhance mental health then why have so many past studies found it to increase the risk for dementia and a multitude of degenerative disorders? According to Jacka, the answer lies in the quality of the red meat that is consumed. In Australia, where this study took place, the typical farming practices results in particularly nutritious cuts of meat. The majority of the cattle in Australia are reared in a healthy environment, where they are free to roam and graze and they are largely grass fed. This type of diet and lifestyle, results in nutrient dense meat; meat that not only contains antioxidant vitamins such as vitamin E, and the healthy fat CLA but that is also full of omega-3 fatty acids, which are vital to physical and mental health. On the other hand, much of the cattle in North America are raised in confined spaces and fed a grain-based diet which results in a higher calorie, higher saturated fat cut of meat, with less nutrients and little to no omega-3s or CLA. The problem with many studies, such as the one linking red meat to the 13 % increased risk for death, is that they failed to take the quality of the meat into account, and using high quality, grass fed beef may have yielded very different results. In fact, a study conducted at California State University in Chico, found that consuming grass fed meat may not only increase mental health in women, it may also lower the risk for cancer, diabetes and other health problems as well.