Home » Immune System » Cold and Flu » Is Oregano Oil An Effective Remedy Against The Cold And Flu? 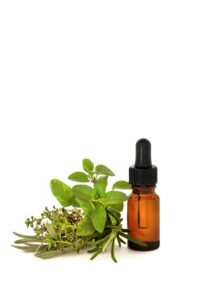 As flu season rolls around, people begin worrying about how to keep themselves, and their families, healthy. One popular natural remedy at this time of year is oregano oil, used to fight cold and flu symptoms. But can its effectiveness be proven by science?

As the name suggests, oregano oil is extracted from the leaves of the wild oregano herb, Origanum vulgare. There are more than 40 types of oregano, and the herbal remedy should not be confused with the oregano spice used for cooking, which is generally origanum marjoram.

Oregano oil contains high levels of antioxidants, making it attractive to people as a health supplement. Its antibacterial benefits, however, are much more far-reaching. The extract contains several natural chemical compounds, including carvacrol and thymol; it is from here that many of these benefits are derived. Although varied, most of the benefits of oregano oil affect the digestive and respiratory tracts.

If you find yourself down with a mild cold, sore throat, or notice a stuffy nose, adding a couple of drops of oregano oil into a vaporizer or humidifier can go a long way. A few drops of the oil diluted in juice or water can soothe sore throats. The oil is extremely fast-acting; within a few hours, your sore throat should improve.
While these uses of oregano oil may seem intriguing, the most vital aspect of the extract is its ability to build up the strength of the immune system. Rather than enhancing the body’s abilities, however, oregano oil targets the antibiotic-resistant genes of bacteria, weakening them and rendering them susceptible to antibiotics.

A 2001 study out of Georgetown University Medical Center found that low doses of oil of oregano could inhibit the growth of staphylococcus bacteria, a bacteria responsible for severe infections and increasingly resistant to antibiotics. The study used test tubes, so the oil’s efficacy in humans against the bacteria was not tested, but the findings are notable. With instances of bacteria becoming more resistant to antibiotics, natural remedies are focal points for research.

Carvacrol, the major antibacterial component of oregano oil, has been shown in studies to fight off harmful microbes in the body.

Stopping The Cold And Flu In Their Tracks

These factors, when combined, make oil of oregano a handy remedy to have on hand, especially during the cold and flu season.

While the health benefits of the extract are enticing, there are a few warnings to take into consideration before you begin using the remedy. Oil of oregano is a potent extract, which means that it is important to dilute it before use. Those taking oil of oregano should only consume three to four drops a day for no more than seven days. Children and infants should also avoid the remedy, as it can cause severe irritations to the eyes and sensitive skin.

As with any alternative remedy, it is advisable to consult your doctor. He or she will be able to advise you of any risks it may pose to you specifically, including possible conflicts with any existing medications you may be taking.

While more research is needed on any adverse effects of oil of oregano and its long-term use, some studies have shown its great health benefits in the short-term.