Home » Weight Management » Functional Foods » Is Dairy as Important to Your Diet as You Think? 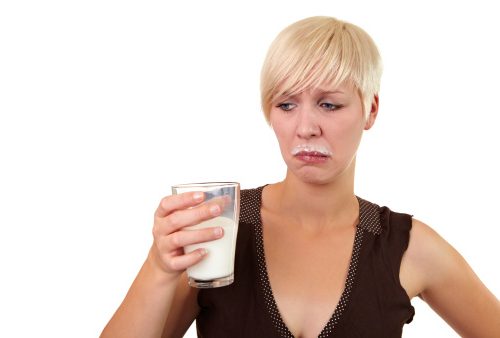 “Got Milk?” “Where’s Your Moustache?” “Everybody Needs Milk” “Recharge with Milk” “Get a Load of Milk”

These are some of the slogans used by the American and Canadian dairy industries – all designed to entice the consumer.

While dairy farmers tout the health benefits of milk (especially protein) and other dairy products, medical researchers and health care professionals sometimes stress the dark side of dairy production and consumption.

According to Neil Nedley, M.D., author of Proof Positive: How to Reliably Combat Disease and Achieve Optimal Health Through Nutrition and Lifestyle, “medical experts have known about health problems with milk for decades, but these concerns have not received much publicity.”

The reason for this, he argues, is that “powerful commercial interests are putting millions of dollars behind promulgating a message of half-truths.”

Way back in 1974, the Federal Trade Commission concluded that the slogan “Everybody Needs Milk” was “false, misleading and deceptive” advertising.

“The American Dairy Board has done a very effective job of marketing this product,” says osteopathic physician Dr. Joseph Mercola. “Most people believe they need to consume large, daily quantities of milk to achieve good health, [but] nothing could be further from the truth.”

In his article “Don’t Drink Your Milk,” Mercola argues that high-protein, soy-based feeds along with the antibiotics given to factory-farmed dairy cows transform “healthy milk products into allergens and carcinogens.”

Additionally, the pasteurization process destroys dozens of precious enzymes. “Without them, milk is very difficult to digest,” says Mercola. This is because “the human pancreas is not always able to produce these enzymes, [and] over stress of the pancreas can lead to diabetes and other diseases.”

Even the relationship between milk and healthy bones has come into question.

A “Case-Control Study of Risk Factors for Hip Fractures in the Elderly,” published in the American Journal of Epidemiology, concluded that the consumption of dairy products in one’s 20s was associated with an increased risk of hip fracture in old age.

Author Robert Cohen, founder of the Dairy Education Board and NOTMilk.com says, “American women have been consuming an average of two pounds of milk per day for their entire lives, yet thirty million American women have osteoporosis. Drinking milk does not prevent bone loss. Bone loss is accelerated by ingesting too much protein, and milk has been called ‘liquid meat.’”

There are some claims that cows’ milk is for calves, and not humans. In fact, writes Mercola, cows’ milk is the “number one allergic food in this country. It has been well documented as a cause in diarrhea, cramps, bloating, gas, gastrointestinal bleeding, iron-deficiency anemia, skin rashes, atherosclerosis, and acne.”

Additionally, “it is the primary cause of recurrent ear infections in children. It has also been linked to insulin-dependent diabetes, rheumatoid arthritis, infertility, and leukemia.”

What’s In Your Milk?

In 2002, People for the Ethical Treatment of Animals launched an anti-dairy campaign that drew attention to the use of Recombinant Bovine Growth Hormones (rBGH), which are given to cows to increase their milk production. The rBGH hormone can cause cows to develop mastitis –a condition that can contaminate the milk in their udders. Since pasteurizing does not kill all the pus cells, “acceptable” levels of pus (aka the somatic cell count) have been approved for human consumption by the U.S. Food and Drug Administration (FDA).

The Dairy Farmers of Canada, on the other hand, claim that Canadian-produced milk is safer than U.S.-produced milk because “growth hormones to stimulate milk production are not approved for sale in Canada.” Nevertheless, American dairy products are readily available at Canadian supermarkets.