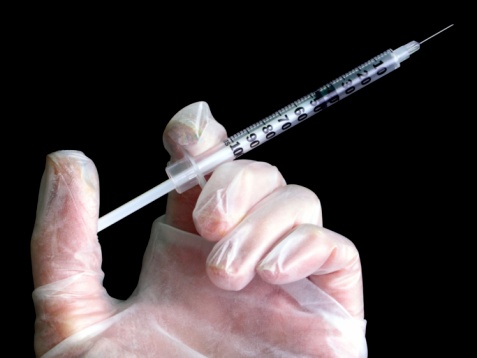 Influenza vaccine effectiveness is improving and now the FDA has adopted the World Health Organization’s (WHO) guidelines to stop H1N1 risk in 2016 and 2017. The World Health Organization has made its choices for the upcoming year’s flu vaccination and the FDA has approved their choices of influenza strains after much discussion and consideration.

The WHO recently decided to change some influenza strains for the upcoming flu season and the FDA had approved the changes. One of those changes involved H3N2, as in previous years many vaccinations did not match the circulating strain of the virus. H3N2 was the predominant flu strain this year and that is due to low vaccine effectiveness.

Another change was in the strain for type B influenza – the WHO decided on the Phucket strain for type B, as it has been predominant this season, compared to the Victoria strain of type B. Furthermore, vaccination of the Phucket strain also reduced the circulation of the Yamagata strain. The change in the type B strain came from research conducted by Jacqueline Katz, who said, “In the antigenic cartography, the viruses circulating globally were really clustered in the group represented by B/Phuket, and the difference from the Massachusetts virus was quite distinct.”

The researchers also suspect that the Yamagata strain is possibly building immunity, and although the Victoria strain has been dormant for some time it could be making a comeback.

Even though it is difficult to predict which influenza strains will come out in the next flu season, researchers are getting closer with each year making more effective vaccinations, with 2016 being the most effective one in many years.

Each year brings upon its own unique factors that can help determine the effectiveness of the flu shot. Effectiveness of the flu shot can rely on how many individuals are getting vaccinated, along with characteristics of the person being vaccinated and the similarity between the strains of influenza in the vaccine and those that are circulating. In flu seasons where the strains in the vaccination are not well-matched to the strains that are circulating, no benefit of the vaccine can be seen in the general public and flu cases will remain quite high. Even in seasons where the flu vaccine matches well with the circulating influenza virus, the effectiveness of the flu shot is only measured then by how many individuals receive the vaccination to protect themselves against the flu.

If you’re skeptical of the flu shot, here are some benefits that you can receive from being vaccinated:

You protect yourself and those around you from developing the flu.

Individuals at risk for other illnesses lower their risk of developing the flu as it can lead to other health complications.

Even if you get the flu after being vaccinated, the illness can be milder.

The flu shot can reduce the risk of flu-related complications and hospitalization.

Even if you haven’t received the flu shot yet, the Centers for Disease Control and Prevention suggest it’s still a good idea, as this year’s flu season has yet to hit its peak so you still have time to protect yourself.

As the flu season continues in 2016, researchers still stress that the it has yet to hit its peak and the 2016 flu season has been the mildest seen in the U.S. in the past three years. Researchers do note that flu cases are on the incline in some areas of the U.S. and that the flu season is still far from being over. Continue reading…