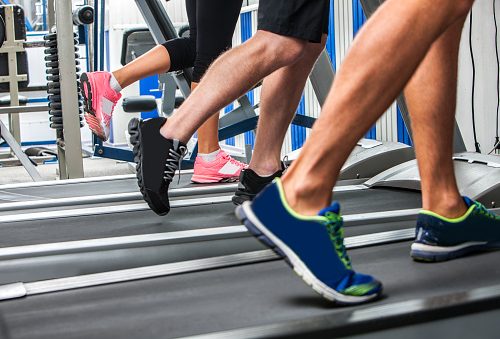 A new study from the University of California, San Diego, is showing that just 20 minutes of moderate exercise a day can help reduce inflammation in the body. Inflammation occurs when the immune system rushes to protect the body from injury or germs, though this swelling may become permanent and have detrimental effects. Inflammation can lead to diseases like diabetes or heart disease and can cause many issues. This swelling can occur in a number of locations within the body, each coming with their own risk factors. For example, inflammation of the arteries caused by obesity can lead to the development of heart disease and increase the risk of experiencing a cardiac event, such as a heart attack or stroke.

Associate Professor Suzi Hong conducted the new study by gathering 47 volunteers—26 males and 21 females—with an average age of 41. Blood tests were administered to the volunteers before the experiment began, and again after walking for 20 minutes at a moderate pace on a treadmill. After the exercise was completed, the blood tests showed a five percent reduction in the number of immune cells thought to be responsible for inflammation. While the study did not prove a causality between exercise and reduced inflammation, it did show a link between the two that could prove beneficial with further research. Whether longer periods of exercise will have an increased effect is unclear, but Hong suggested that, “if you’re seeing this benefit every time you exercise, it’ll have a cumulative effect.” This may mean that frequent periods of moderate exercise can help to reduce bodily inflammation and, in turn, lower your risk of certain diseases and other health issues.
The importance of reducing inflammation was underscored by the director of the Appalachian State University Human Performance Lab, David Nieman. He asserted that inflammation is “a serious issue that undergirds just about every major chronic disease that modern-day men and women experience. It really needs to be managed and reduced.” The link between exercise and reduced inflammation requires further research, however, the promising results of this study show that harmful inflammation may be managed more easily than previously thought.