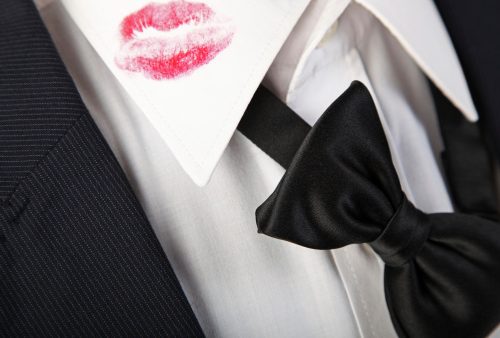 It is a subject that isn’t talked about very often, and certainly not one prone to be spoken about publicly, however for those who looking to lose weight, you might be curious to know the exact lengths some of your peers could be going to in order to battle the bulge.

One study has posed some interesting results, and claim that adultery or infidelity within a marriage could be helpful if you are trying to lose weight.

The Weight Gain Survey – What This Has to Do With Infidelity

The survey took place on a website for married people in the United Kingdom and took into account the results garnered from almost 3, 000 members. The participants were asked if they had lost weight after they entered into an affair outside of the confines of marriage. The survey was evenly split for gender, targeting 1500 men and 1500 women.

What could be most surprising about this survey is the idea that when it came to the numbers on the scale during the sordid act, the women appeared to lose considerably more weight than men. Out of the 1500 women who participated, a total of 62% said they lost about 10 lbs after having an extra marital affair. For the men, 53% of the male’s who took part in the survey reported an average weight loss of 6 lbs after being unfaithful for a period of time.

The Taboo Survey on Weight Gain and Infidelity

The site who conducted the survey says that there could be a few reasons that account for the weight loss after an affair has occurred. They say that when both men and women are unhappy, they tend to have much more unhealthy diets and eating habits, which could lead to issues with weight gain. Not surprisingly when someone is in the beginning stages of a relationship, they are trying to look their best, which includes potential for weight loss. However, there are others who say this theory doesn’t need to be because of the fact that a person is cheating on their partner.

There are just as many people that could link this same theory back to the stress of marriage, meaning that if you eliminate the stress in marriage, the weight of the married individual might not make that inevitable climb, which is a much easier pill to swallow than the idea of an unfaithful spouse. So there are naysayers who raise the valid point that a stress free marriage could mean less issues with weight gain, and that resorting to infidelity isn’t an option that needs to be even considered as a theory at all.

While there are other theories that say that the act of making love burns more calories, and marriages tend to have lackluster levels of sexual frequency in their later stages meaning issues with burning less calories  and gaining more weight as a result.

Stress, Weight Loss and Weight Gain– Does it All Really Mean Infidelity?

There is one other theory that could heavily influence people away from the idea of having an extramarital affair: Some think that the weight loss of cheating actually occurs because people participating in an extra marital affair have encountered such high levels of tension in their marriage, or are so stressed out at the idea of getting caught that they are inadvertently losing weight. And stress related weight loss, is unavoidably hard on your body, making it a very negative association.

So while the theories are quite varied, from weight loss being related to stress, to weight gain happening in lazy, or unhappy relationships. The idea that because your partner is cheating on you while certainly not considered to be a positive thing, doesn’t need to mean they are being unfaithful, but should raise a warning flag regardless.

Most experts say that any drastic weight gain or weight loss in a relationship should be taken seriously, no matter what the reason, staying in tune with your partner, and what is happening with their health, weight wise, stress wise or in any other way is important.