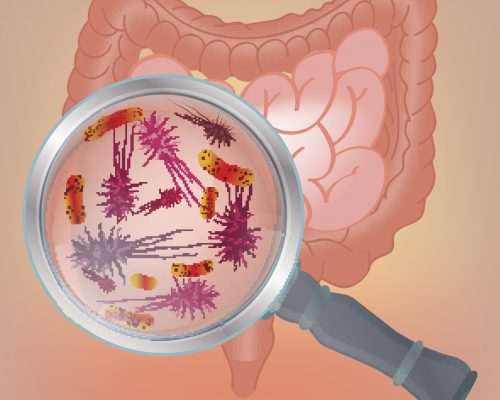 In type 1 diabetes, gut microbiome may influence autoimmune processes. The findings come from the BABYDIET study where scientists compared compositions and interaction of gut microbiota in children who developed diabetes-specific autoantibodies in their blood to children who were autoantibody negative. The BABYDIET study looks at nutritional factors which may influence the risk of diabetes.

The study showed that diversity and the number of bacteria in the gut were similar in both groups of children. However, bacterial interactions in the gut varied significantly among the two groups beginning as early as the first few years of life.

Colonies of bacteria form microbiomes and genetic information contained within them influence the host organism. The microbiome has been associated with different diseases and plays a role in metabolic diseases like diabetes. The findings of the study not only reveal the microbial composition but also the ways it interacts in functional communities and the immune system.

Study lead Professor Anette-Gabriele Ziegler said, “A range of external factors such as diet, hygiene or even the birth delivery mode can influence both the composition of gut bacteria and the way in which the bacteria interact. If we are able to identify those parameters that tend to indicate more negative microbiome characteristics, we can develop new approaches to preventing autoimmune processes – for example, in type 1 diabetes.”

The authors wrote, “Functional studies related to the observed alterations in the gut microbiome are warranted because the low abundance of bifidobacteria and butyrate-producing species could adversely affect the intestinal epithelial barrier function and inflammation, whereas the apparent importance of the Bacteroides genus in development of type 1 diabetes is insufficiently understood.”

The researchers regular screening the infant’s stool beginning at the age of three. This allowed them to collected information about their gut microbiomes.

Jessica Dunne, Director of Discovery Research at JDRF said, “We know from previous human studies that changes in gut bacterial composition correlate with the early development of type 1 diabetes, and that the interactions between bacterial networks may be a contributing factor in why some people at risk for the disease develop type 1 diabetes and others don’t. This is the first study to show how specific changes in the microbiome are affecting the progression to symptomatic [type 1 diabetes].”

Team lead Ramnik Xavier said, “This study is unique because we have taken a cohort of children at high risk of developing type 1 diabetes and then followed what changes in the microbiome tip the balance toward progression to the disease.”

The research also followed children that did not develop type 1 diabetes and so they were able to gain important insight of normal development during infancy. First author Aleksandar Kostic said, “Whether the bacterial community is very small, as it is in early infancy, or if it’s larger as it is later in life, the community is always serving the same major functions regardless of its composition. No matter which species are present, they encode the same major metabolic pathways, indicating that they’re doing the same jobs.”