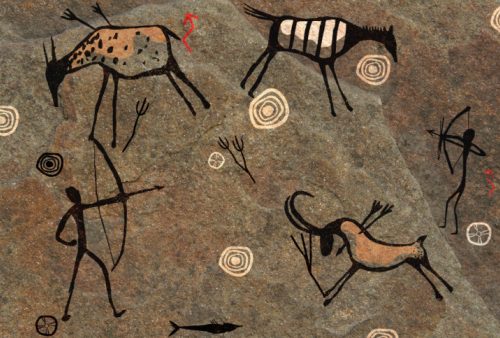 ‘Paleo sleep’ consisted of less sleep but did not come with any sleep disorders, unlike today where we’re concerned about getting enough sleep and might now have to take up regular naps. Paleo sleep refers to our ancestors, the hunter-gatherers. In today’s world sleep disorders and sleep deprivation are seen as a global problem, but if we take note of our ancestor’s habits, we will find that they slept less without sleep disorders.

The latest findings were published in Current Biology and revealed three ancient groups that didn’t get any more sleep than we do in modern-day society. Researchers found these ancient people slept on average for 6.5 hours – much below the recommended eight hours we hear about today. Furthermore, these individuals didn’t take regular naps, as many of us do, and their sleep schedules were comparable to ours today – stay up late and wake up early.

Jerome Siegel, Ph.D., from the University of California said, “The short sleep in these populations challenges the belief that sleep has been greatly reduced in the ‘modern world. This has important implications for the idea that we need to take sleeping pills because sleep has been reduced from its ‘natural level’ by the widespread use of electricity, TV, the Internet, and so on.”

Researchers examined the sleep habits of three tribes – the Hadza of Tanzania, the San of Namibia and the Tsimane of Bolivia. They tracked sleeping habits of 94 individuals for a total of 1,165 days.

Siegel and his team found, “Despite varying genetics, histories, and environments, we find that all three groups show a similar sleep organization, suggesting that they express core human sleep patterns, probably characteristic of pre-modern-era Homo sapiens.”

It’s a common belief that humans should sleep when the sun sets and awake when it rises, but researchers found that ancient societies didn’t follow this trend any more than we do. What they did note is that they slept one hour more in the winter compared to the summer. Researchers suggest that these civilizations followed the temperature more than the light changes.

Lastly, researchers noted that none of these groups suffered from insomnia. Siegel concluded, “Mimicking aspects of the natural environment experienced by these groups might be effective in treating certain modern sleep disorders, particularly insomnia, a disorder affecting more than 20 percent of the U.S. population.”


Why is sleep important to modern times?

Sleep is important for our overall health; it restores the body on a nightly basis and improves many bodily functions. Sleep has been attributed to improving and sustaining mental health, physical health, quality of life and safety.

How we sleep at night has a direct effect on how we feel during the day. As we grow older sleep is an integral part of growth and development. Sleep deprivation can have instant effects or they can accumulate slowly over time. For example, endless nights of poor sleep have been linked with a higher risk of chronic illnesses. Furthermore, sleep is directly associated with how we think, learn and concentrate during the day. 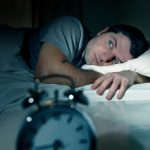 By now you have probably been told that for optimal health you should aim for eight hours of sleep a night, but it seems that notion may be more myth than fact. Earlier research studies unveiled that when participants were subjected to 14 hours of darkness they would sleep for four hours, awaken for a couple of hours, then fall back to sleep for another four hours. Other research, too, supports the notion that humans originally slept in two shifts and only adapted to sleeping with the changes in light more recently.

Anthropological studies revealed that humans would sleep, awaken during a “watch,” then fall back to sleep again. This “watch” period saw people bringing in animals, having a smoke, or even visiting neighbors. The most enjoyable activity during the “watch” period was actually sex.

This double shift in sleep began fading out by the 17th century as it was deemed foolish to walk around in the middle of the night, which was the time criminals would be lurking. Then, with the industrial revolution, health experts began supporting the notion that sleep should be uninterrupted.

Why our ancestors slept better than us 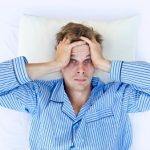 It’s easy to blame modern day living for being the main culprit in lack of sleep, but there are other reasons as to why our ancestors enjoyed more sleep than we currently do.

The above points are not just reasons why our ancestors received better sleep; when you break them down they are the fundamentals of what modern health experts continue to preach about improving health. Of course, through the years we have developed and continue to move in a forward direction, but there is no denying that we have some things to learn from ancient people. They knew what we now call “secrets” to healthy living, so maybe we should take a page from their book?

As of February 2015 the National Sleep Foundation issued new guidelines in regards to sleep. The experts examined anatomy and physiology prior to making the suggestions for recommended sleep. Below is the recommended sleep per age.

Many of these category ranges were widened by an hour, and two new categories were developed for younger and older adults.

Sleeping position and its effect on your health 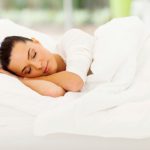 While the amount of sleep we get is important for good health, the position we sleep in can also effect our health. Here are common sleep positions and how they impact health.

Side sleepers: Whether the fetal position or one leg bent and the other straight, side sleeping is the most common sleep position. When you’re pregnant it’s suggested you sleep on your left side, and even if you’re not pregnant, sleeping on the left can ease indigestion and heartburn. As a con, side sleeping can put added pressure on the lungs and stomach. Furthermore, sleeping on the side has been linked to numb arms.

Stomach sleepers: Sleeping on your stomach relieves snoring, but generally it is noted as the worst sleeping position. It harms your spine, strains your neck, and can contribute to back pain.

The next time you snuggle into bed consider how you sleep – you may realize that some of your health concerns are associated with the position you sleep in.

Sleep paralysis can be a terrifying state of consciousness; not only can you not move your body, but it is often accompanied with scary hallucinations. Sleep paralysis is when the body is unable to move smoothly through the different sleep cycles and the inability to move while fully conscious. Continue reading…