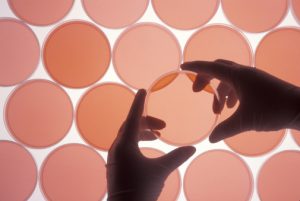 The progression of dietary fatty acids in multiple sclerosis, an autoimmune chronic-inflammatory disease, have been found to support the immune system. The research comes from a collaboration between the Departments of Neurology at the Ruhr-Universität Bochum (St. Josef-Hospital) and the Friedrich Alexander University Erlangen. The researchers uncovered that long-chain fatty acids support the development and spreading of central nervous system reactive immune cells in the intestinal walls. Short-chain fatty acids, on the other hand, support the development and spreading of regulatory cells.

Research in the medical community has largely become focused on the gut and its bacterial contents, especially regarding its role in neurological disorders such as multiple sclerosis. The latest findings further reveal how the gut microbiome plays a role in the progression of disease. Diet is a large part in this connection as it can greatly affect the gut microbiome.

Researchers revealed in culture cell dishes and experimental models that long-chain fatty acids promote the spread of inflammatory cells in the intestinal wall. They also discovered that short-chain fatty acids produce further regulatory cells of the immune system. These cells have the ability to regulate excessive inflammatory responses and autoreactive immune cells.

Researchers did not uncover any effects of dietary fatty acids when the intestines were germ-free. Further experimentation revealed that the metabolic processes of the microbiome are responsible, as opposed to bacterial strains for this effect.

The findings were published in Immunity.