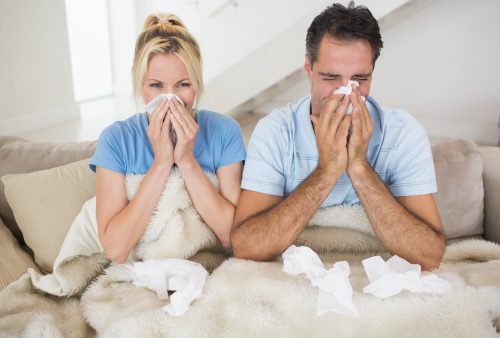 A new study from Michigan State University has discovered why some immune cells act differently in men and women when under stress. These different responses often leave women with a disadvantage, as they are more susceptible to certain diseases.

The affected cells are known as mast cells, which are a type of white blood cell in the immune system, and while these cells have the same set of genes across sexes (excluding the XY chromosomes), they react differently when under stress.

Mast cells play an important role in the immune system, especially regarding the development of stress-related health issues like allergic disorders, autoimmune diseases, migraines, and irritable bowel syndrome, all of which are more prevalent in women. Professor Adam Moeser commented on the different reaction of mast cells, stating “Over 8,000 differentially expressed genes were found in female mast cells compared to male mast cells.” Moeser and his team looked further into the genetic differences and also analyzed genes within the RNA genome.

This deeper analysis found that the increased activity is linked to a higher production and storage of substances that cause inflammation, which in turn can cause more aggressive responses within the body and contribute to disease. Moeser commented, “This could explain why women, or men, are more or less vulnerable to certain types of diseases.”
A better understanding of this cellular variance between the sexes could allow for more effective treatment and intervention methods, reducing the instances of diseases and medical issues such as IBS. Further research into the development of mast cells and when this variance occurs is necessary in order to come up with new treatment and prevention strategies.