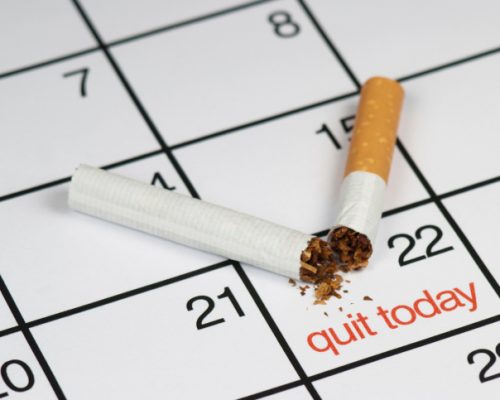 Do you remember how old you were when you had your first cigarette? Maybe it seems like a distant memory, and now that you’re older there seems to be no point in quitting –but there is! No matter how long you’ve been smoker, it’s never too late to quit and start reversing the damage that’s been done.

So if it’s about time for you to have your last cigarette, here is what you need to know to quit naturally.

Harmful effects of smoking and why you should quit 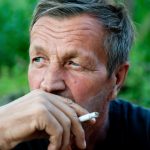 We all know smoking is bad. Smoking affects the body in numerous ways and that’s why it’s so important to quit smoking naturally. Let’s start with the harmful effects of smoking on the head and work our way down.

The head: Smoking affects many aspects of the head, brain and mouth. For starters, smoking leaves teeth stained and breath smelling bad – both which are highly unattractive. Harmful effects of smoking also include chronic coughing, worsening vision, anxiety and irritability.

The external body: Harmful effects of smoking also cause damage to the outer body. Fingers become stained, hair begins to smell and your skin is more prone to wrinkles.

The respiratory system: Because smoking is inhaling and exhaling, toxins from the cigarettes end up in the lungs. This can lead to bronchitis and lung cancer.

If these harmful effects of smoking aren’t enough to persuade you to quit, consider this…

Not only will smoking lead to higher risks of developing disease, but it can kill us over time. By quitting smoking you’ll be able to breathe better, start partaking in fun activities that you couldn’t before, extend your life, protect those around you from second-hand smoke, and save money!

The average price for a pack of cigarettes in America is $5.58 – with tax increases more frequent than not. If you smoke a pack a day, in a matter of a week you just spent $39.06. Over the course of a year, your smoking habit costs you $2,036.70. What a waste! Imagine all the other things you could be doing with your life with that money? It may seem insignificant to pay $5 a day, but it sure adds up to larger amounts. 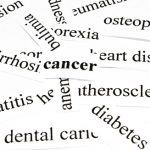 There are many forms of cancer that can develop from smoking: Blood cancer, lung cancer, mouth cancer. In 2014, deaths from lung cancer alone were 159,260 and new cases of lung cancer totaled 224,210, according to the American Cancer Society.

Tobacco-related illness happens to every one in five Americans, and although smoking has seen a decline since the Surgeon General’s Report back in 1964, it’s still a popular habit. The U.S. Center for Disease Control and Prevention (CDC) reports that about 20.5 percent of men and 15.8 percent of women still smoked cigarettes in 2012, with about 78 percent of these people smoking daily.

Between 2009 and 2012, smoking-related illnesses cost the American health system up to $332.5 billion, the Surgeon General’s Report 2014 says. So smoking isn’t just costly for individuals, it’s a burden to the economy as well.

Natural substitutes for cigarettes and nicotine 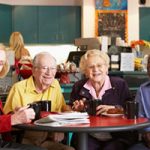 If you are trying to quit, it’s important to recognize the reasons why you smoke and triggers which may tempt you to smoke. If you smoke because of stress, seek natural ways to reduce such stress instead of smoking. By knowing the “why” you can have better success in quitting.

First, let’s point out that e-cigarettes are not substitutes for smoking. These devices are no safer than smoking a real cigarette and come with their own health risks. Instead, you may be interested in some of these natural nicotine substitutes.

Caffeine: A stimulant on its own, caffeine is a means of quitting smoking naturally – but use caution because caffeine can be over-stimulating for some. This natural nicotine substitute provides the same feelings as nicotine: Appetite suppressant and stimulant. Caffeine does provide its own health benefits, but don’t consume more than three to four cups a day to avoid adverse side effects.

Chewing gum: For some, smoking is simply a habit or done out of boredom. So instead of reaching for a cigarette, reach for a stick of gum to occupy your mouth and time. As long as its sugar-free gum, this is a great way to quit smoking naturally.

Exercise: Want to combat those cravings? Get physical for at least 30 minutes a day. Exercise releases feel-good endorphins, so if you’re feeling stressed, anxious or that you need a cigarette, go for a walk, jog or even complete some squats to not only feel better but to distract your mind as well.

Have support: If you wish to quit smoking naturally, reach out to others for support. When you feel your mood changing or a craving coming on, use friends and family as support. Having some reassurance will help you feel calmer and stick to your goal.

If you’ve finally made the decision to take back your health and give up smoking, these natural nicotine substitutes can help. We’ll admit, it won’t be easy, but by keeping busy, having a support group and the tools to succeed, you can make it happen.

So whether it’s been five years or even 30 years since you first picked up a cigarette, now is the right time to finally have your last one.

“Giving up smoking is the easiest thing in the world. I know because I’ve done it many times.” – Mark Twain. With all due respect to Mr. Twain, he didn’t quit hard enough. The successful mantra to kick the habit is, “If at first you don’t succeed, quit, quit again.”

In fact, the idea of quitting can be so discouraging — the “quick and easy” method is anything but and further attempts to kick the habit can result in failure. The addiction can make you feel as though you’re destined for a lifetime of despair (and related health problems).

Smoking cigarettes has been shown to impact all the body’s major systems – cardiovascular, respiratory, digestive – and lead to many forms of cancer. Smoking causes one in five deaths in America, according to the Centers for Disease Control and Prevention (CDC). With this in mind, there …Read More