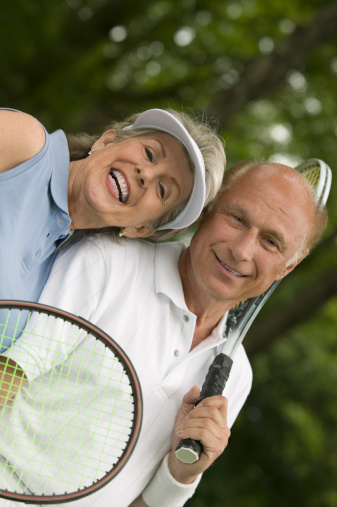 We all know that exercise is an essential part of a healthy lifestyle with the power to make us look and feel better; but not everyone realizes that exercise can actually affect you at the genetic level. New research published in the journal PLOS Genetics has revealed that exercise changes the way that your genes express themselves, which not only explains why exercise (or lack thereof) is so intimately connected with the risk of disease, but why so many disease risks significantly drop once regular exercise in introduced into one’s lifestyle.

Every cell in your body contains DNA, which we know contain genes that are inherited by our parents. Your genes are set and cannot be changed; however, the ‘methyl groups’ attached to each gene can alter the way each gene is expressed. Methyl groups play a role in gene expression as they can both activate and deactivate our genes through a process known as ‘DNA methylation.’ Although gene expression is primarily established in early life, environmental factors such as diet, exercise and lifestyle choices impact DNA methylation, thereby playing a role in the development of different diseases. The study of this process is a relatively new field of research, known as epigenetics.

Your Genes and Exercise

Recently, researchers at Lund University conducted a study on 23 slightly overweight, yet healthy men – all of whom were around the age of 35. None of these men participated in physical activity before the study’s onset, but they were instructed to attend spin and aerobics classes for the duration of the six-month-long study. “They were supposed to attend three sessions a week, but they went on average 1.8 times,” says Tina Rönn, Associate Researcher at Lund University. The purpose of the study was to investigate how the methyl groups of fat reacted to exercise. In order to track these results, the researchers used a special technology that allowed them to analyze 480,000 positions in the DNA.

The researchers discovered that even small doses of exercise changed the expression of the individuals’ DNA – just two exercise sessions a week was found to effectively alter genetic expression. Approximately 7,975 genes were affected within six months of exercise, amounting to almost one third of the total gene count in most individuals.  “Our study shows the positive effects of exercise, because the epigenetic pattern of genes that affect fat storage in the body changes,” says Charlotte Ling, Associate Professor at Lund University Diabetes Centre.

The researchers also looked specifically at the methylation of genes that are linked to obesity and type-2 diabetes. According to Rönn, “we found changes in those genes too, which suggests that altered DNA methylation as a result of physical activity could be one of the mechanisms of how these genes affect the risk of disease.” In fact, about 39 genes that affect diabetes and obesity risk were modified from the 6-month exercise program. The simple exercise regime also significantly decreased the waist circumference, waist-to-hip ratio, diastolic blood pressure, resting heart rate, and increased the HDL (healthy cholesterol) levels of the study participants.

While we are born with a certain genetic code, research shows that we have the ability to alter the expression of these genes. Exercise is not only beneficial to your health in a myriad of ways, but you may no longer need to stress about your mother’s wide hips or your father’s health conditions. You can now have the power to alter your predisposal to health concerns just by exercising regularly.