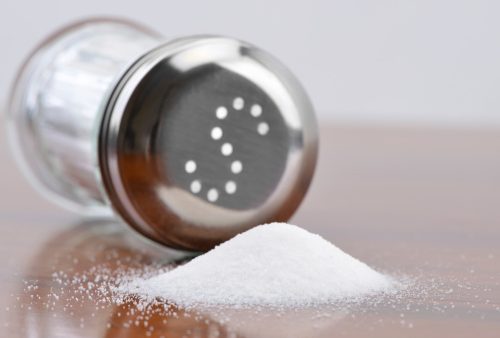 For years, even decades, we have been told to cut out or minimize our salt intake. The reasoning behind the theory was that too much salt can lead to heart problems, especially if you have high blood pressure. Furthermore, we were consuming excessive amounts of salt everyday as part of our typical Western diet.

Although the consequences of excess salt are well documented a new study has revealed that reducing salt below a certain level may actually be harmful and even deadly for heart failure patients.

The Centers for Disease Control and Prevention recommends that certain population groups should maintain salt consumption at 1,500 mg. These groups include adults over the age of 51, African-Americans and individuals with hypertension, diabetes and chronic kidney disease. 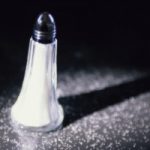 The latest study findings suggest that reducing salt intake in heart failure patients had a greater risk of hospitalizations and even death. Patients who stuck with a low-sodium diet had an 85 percent higher risk of death and hospitalization for heart disease when compared with similarly-ill patients who did not reduce salt.

Lead researcher, Dr. Rami Doukky, said, “The conventional wisdom has been that salt is bad for you. This study says, not so fast. Maybe we should take that, no pun intended, with a grain of salt.”

The findings are still new and so it should not be a reason for heart patients to start adding salt into their diet but it does reveal that we may need to look at salt differently. Doukky added, “The study is meant to be an eye-opener. It is a clear indication that we need to investigate this matter more.

We used to take it [salt consumption] for granted, and now it is time to address it with more definitive trials.”

Physiologically salt is bad as it makes the body retain water and pull additional fluid from blood vessels. In heart failure patients water retention is difficult because the heart is weak which allows for blood and water to build up in the lungs, feet, ankles and legs.

Salt is also a known risk factor for high blood pressure as it draws water into the arteries and veins. Furthermore, high blood pressure can contribute to heart disease. But the latest findings suggest that salt may not be all that bad when it comes to heart failure patients and to achieve his findings Doukky and his team analyzed data of heart failure patients who answered sodium-intake questionnaires.

As part of the study the researchers compared 130 patients who followed a low-sodium diet with 130 control patients who were not on a restricted sodium diet.

“To our surprise, we found that patients who were sodium-restricted had worse outcomes than those who were taking sodium more liberally,” Doukky said.

Doukky suggests that reducing salt in heart failure patients may cause an imbalance of fluids which can be harmful. “The idea is sodium restriction leads to a contraction of the fluid volume in the body, and that turns on certain hormones which try to retain fluids in the body and may potentially accelerate the heart failure process,” Doukky added.

Although the researchers have found that salt may be beneficial for heart failure patients the same cannot be said for those with a healthy heart and so in those instances sodium levels should still be regulated.