Home » Anti-Aging » Infertility » How Men Can Prevent This Embarrassing Problem 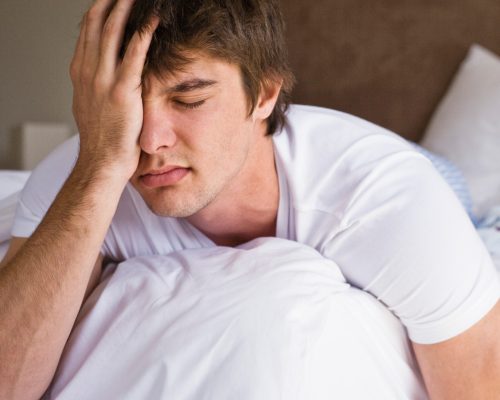 Erectile dysfunction is a male condition that is associated with the difficulty in achieving and/or maintaining an erection during sexual intercourse. This condition is very common, affecting 1 in every 5 adult men. Erectile dysfunction often causes mental stress in men because this can often result in extreme damage in their relationship with their sexual partners. In addition, erectile dysfunction can also cause infertility among couples.

Although the exact cause of erectile dysfunction has not been established, several factors have been associated with the development of this male dysfunction. One factor that has been associated with erectile dysfunction is damage to the nerves that surround the penis. During sexual intercourse, the stimulatory nerves are activated, resulting in the increase in the size of the penis. However, when these penile nerves incur damage, an erection is most likely hindered, and possibly increasing the incidence of male infertility.

Nephropathy has also been associated with erectile dysfunction, wherein damage to the cells of the kidney results in the presence of blood in the urine. During a normal erection, the penis enlarges through the accumulation of blood in the vessels that surround the organ, resulting in an increase in its size. On the other hand, men who have developed nephropathy are characterized with kidney damage, thus redirecting blood to the urine, even during sexual intercourse. The lack of blood for the engorgement of the penis thus results in erectile dysfunction and generates issues related to infertility.

Retinopathy or tissue damage to the eye has also been associated with erectile dysfunction. Similar to nephropathy, tissue damage to the eyes involves changes in the structure and growth of blood vessels. It is possible that damage in the blood vessels of the eyes are also likely to occur in the veins surrounding the penis, thus resulting in a dysfunctional capacity for an erection. The inhibition of an erection can also cause infertility among males.

Based on the high incidence of penile dysfunction and its impact on infertility, medical researchers are now actively looking into the molecular and cellular causes and treatments for this penile disorder. It is also possible that medical discoveries augmenting this condition will also decrease the occurrence of infertility. A recent medical report published in Journal of Urology described an interesting scheme on how to prevent the occurrence of erectile dysfunction and possibly infertility. In a study involving approximately 761 males who have been diagnosed with type 1 diabetes, medical researchers have shown that the active control of glucose levels can significantly decrease the risk of developing erectile dysfunction through time.

The report described that the study participants were screened at the start of the research to only have type 1 diabetes and have no issues on penile dysfunction or associated damage to blood vessels and infertility. The study participants were randomly assigned to two groups, one involving conventional therapy that employed 1-2 doses of insulin each day, whereas the other group employed intensive therapy using multiple insulin injections each day and close monitoring of glucose levels on a daily basis. The results of the study showed that after 10 years of a specific therapy, the members of the intensive therapy group showed a significantly lower incidence of erectile dysfunction. It appears that aggressive monitoring of blood glucose levels and the administration of multiple insulin doses each day strongly controlled the progression of the type 1 diabetes, thus preventing any further damage to the blood vessels of the body, including those of the penis. This positive result could also indirectly decrease the occurrence of infertility among males.

The results of this medical report are timely because it serves as an additional method in preventing penile dysfunction without the use of additional drugs or treatments. The aggressive control of blood glucose levels in men with type 1 diabetes showed that penile dysfunction could be prevented, as compared to the diabetic group that followed conventional therapy. More importantly, this report also establishes the indirect association of blood glucose levels with infertility.