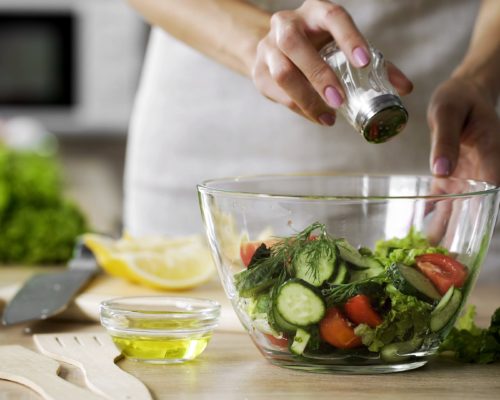 High sodium intake increases postural lightheadedness (orthostatic hypotension). Some people may experience slight dizziness when changing positions, such as going from laying down to a standing up position. This is the result of a drop in blood pressure.

For some individuals, this lightheadedness may contribute to falls and other dangers. It has been suggested that sodium intake may play a role in a person’s risk of experiencing postural lightheadedness.

Researchers found that higher sodium intake is associated with a higher risk of postural lightheadedness. This challenges the recommendation of consuming salt to prevent lightheadedness. Corresponding author Dr. Stephen Juraschek explained, “Our study has real clinical and research implications. Our results serve to caution health practitioners against recommending increased sodium intake as a universal treatment for lightheadedness. Additionally, our results demonstrate the need for additional research to understand the role of sodium, and more broadly of diet, on lightheadedness.”

The researchers looked at data collected from the DASH-Sodium trial. This study looks at the effects of different sodium intake levels on blood pressure. All the participants consumed different levels of sodium in a random order over the course of four weeks. Half the participants ate sodium in the levels of a typical American diet while the other half consumed levels recommended by the DASH diet. Participants were asked about their experiences of lightheadedness upon standing up.

The study uncovered that reducing sodium levels can minimize lightheadedness as opposed to the common notion that increasing salt intake would reduce it.

Juraschek added, “Health practitioners initiating sodium interventions for orthostatic symptoms now have some evidence that sodium might actually worsen symptoms. Clinicians should check on symptoms after initiation and even question the utility of this approach. More importantly, research is needed to understand the effects of sodium on physical function, particularly in older adults.”

While looking at subgroups in population, researchers found high sodium intake increase lightheadedness among younger adults but decreased it slightly among older adults.

Juraschek concluded, “Sodium is widespread in our foods, yet its effects are poorly understood. This study illustrates the importance of more trials involving the foods we eat so that we can better understand what constitutes a healthy diet.”