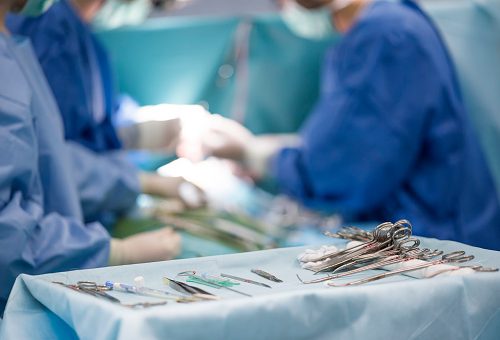 A new study out of Canada suggests that there is a higher risk of death for patients whose emergency surgeries are delayed.

Research from the Ottawa Hospital found that these delays are most often incurred due to a lack of hospital resources, whether it’s operating rooms that are unavailable or specific equipment needed that is missing or in use elsewhere. For patients with critical injuries or life-threatening conditions, these delays increase the risk of death by nearly 60 percent.

The study looked at data from over 15,000 patients who had emergency surgery at the Ottawa Hospital between 2012 and 2014. They found that nearly 20% experienced delays.

Emergency surgeries are extremely time sensitive. By definition, they are operations that must be completed within 24 hours of diagnosis. If the resources are unavailable, the options for patients and their families are limited. This research proves that waiting it out could be a fatal error.

Unfortunately, this research found that only in 39 percent of cases are the reasons behind the delays known. The most common known reasons for delays are unavailability of operating rooms or a lack of qualified hospital personnel (doctors, anesthesiologists, surgeons) to perform the specific tasks required for the surgery.

The researchers say that the results provide strong evidence for the importance of timely treatments. No matter what the condition of the patient is before surgery, the faster they get the operation they need, the better off they are afterward. Any kind of surgery comes with related stress, anxiety, and pain.
In the case of an emergency surgery, these feelings are only heightened. Any delays in the process could cause even higher levels of undue stress on patients and family members, potentially worsening their condition. The best thing that can be done for these patients and their families is to get their operations completed as promptly as possible.

Hospitals and patients are paying more

These delays are also related to increased healthcare costs. When surgeries are delayed, patients have to extend their hospital stays, which results in increased costs to themselves or the hospitals. The research found that on average, these patients cost the hospital around $1,400 more than those whose surgery times were not delayed due to their need for a longer stay.

The researchers found that there were simple ways hospitals could cut down on these delays without seriously affecting hospital operations. Having operating rooms specifically designated for emergency surgeries is the first and most effective step. Although this may go against the instinct of maintaining a tight budget, keeping these spaces open will cut down on time and costs when the patients requiring emergency surgery do inevitably arrive.