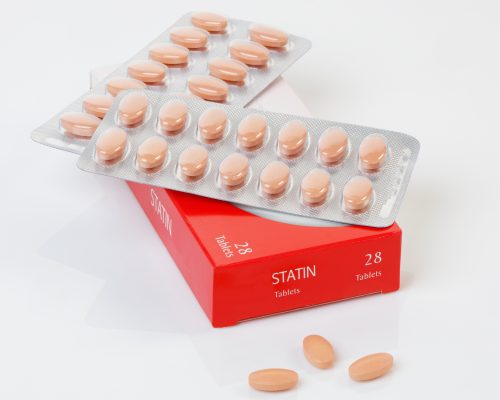 A recent study published in the European Journal of Preventative Cardiology has found that an individual’s cognitive ability influences whether they take the cholesterol lowering medication commonly prescribed after suffering a heart attack.

Individuals that suffer a heart attack are often prescribed statins—cholesterol lowering drugs that aid in the secondary prevention of heart attacks. However, new research has found that patients’ medication adherence can be affected by their cognitive ability. It’s important to take the statins, as discontinuing them has been linked with higher rates of morbidity and an increased risk of suffering a second heart attack.

Researchers reviewed data from more than 2,500 patients, taking into account variables such as age, diabetes, employment status, medications prescribed at discharge, and self-assessed physical and mental health. Their cognitive ability had been measured approximately 30 years prior, and it was found that those with low general cognitive ability were more likely to not take their prescribed statins.

Ph.D. student John Wallert, one of the researchers involved in the study, explained the importance of taking charge of your health after a heart attack. “It’s very important for the patients themselves to take personal responsibility for their health after the heart attack – taking their medication, eating a healthy diet, taking exercise and not smoking. This study inspires hope that we might be able to improve tailor-made care, based on the patients’ cognitive capacity.”

Wallert also addressed the need for treatment strategies to take into account a patient’s cognitive ability, explaining: “Current treatment and aftercare guidelines for heart attacks don’t pinpoint the significance of cognitive ability, which is vital for planning, memory, and executive function in everyday life. Previous studies have shown that cognitive ability is extremely stable between the ages of 18 and 65 in its systematic variation from one individual to another. What we have here is a previously unknown long-term predictor that seems to contribute to whether these patients take their statins or not. We hope this may be useful in healthcare and communication with patients.”
The study only took into account men under 60 whose first heart attack occurred between 2006 and 2011, meaning that a broader participant group could further confirm these findings. Future studies should include women and men who are above the age of 60 in order to see if these findings are applicable to the general population. If the connection between low cognitive ability and the discontinuation of statins translates to other cohorts, this discovery could potentially lead to a more personalized care that can aid in the prevention of secondary heart attacks and premature deaths.