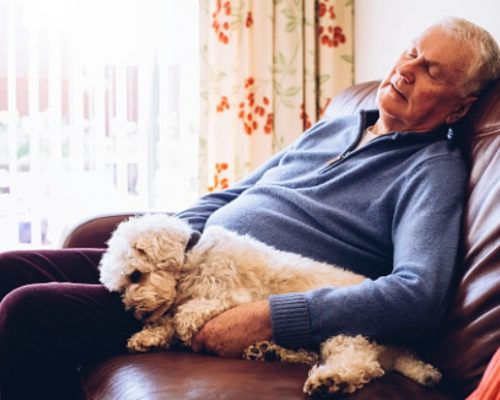 Cognition in older adults may be improved with moderate post-lunch napping, according to a study. The researchers analyzed self-reported data on napping habits along with cognitive assessments of older Chinese adults. The participants were categorized into one of the following groups based on their napping behavior: non-nappers (0 minutes), short nappers (less than 30 minutes), moderate nappers (30 to 90 minutes), and extended nappers (over 90 minutes).

The researchers found that 57.7 percent of participants reported napping and there was a significant association between cognitive function and napping. Moderate nappers had overall better cognition, compared to non-nappers and extended nappers.

Non-nappers had significantly poorer cognition compared to short nappers. Even after controlling for other factors that could impact cognition, napping was still found to be a significant risk factor. The researchers concluded, “Longitudinal studies with objective napping measures are needed to further test this hypothesis.”

We all know that sleep is an integral part of overall health, so if you aren’t getting adequate sleep at night you may be able to compensate by taking naps. There are three types of naps: planned, emergency, and habitual.
Planned naps: This style of napping is done prior to getting sleepy. Planned napping is useful if you know you need to stay up later than normal or if you want to prevent yourself from sleeping earlier than usual.

Emergency naps: This type of napping occurs suddenly when you can no longer complete an activity due to immense tiredness.

Habitual nap: This type of napping occurs every day at the same time. This is commonly seen in children.

Aside from boosting memory, naps come with a slew of health benefits. Benefits of power naps include:

You may think napping simply involves lying down and dozing off, but there are some do’s and don’ts to consider when engaging in a power nap.

As you can see, napping can be good for your health, so you may want to resort to moderate naps throughout your day in order to receive the many benefits associated with napping. Just remember that napping cannot replace a good night’s sleep, so if you aren’t sleeping well you should speak to your doctor about uncovering the underlying cause. Lastly, avoid napping too close to bedtime as it will disrupt your sleep cycle.