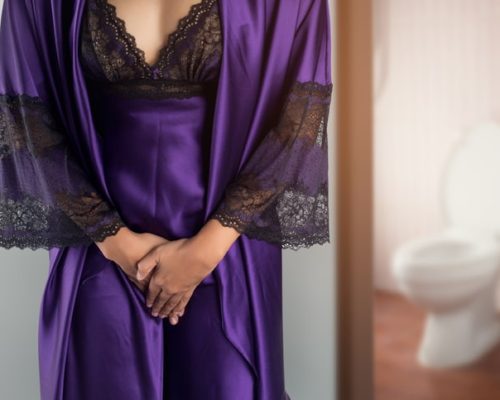 If you are a woman in your fifties and occasionally suffer from urinary incontinence, you are not alone. A new national survey finds that nearly half of women above the age of 50 suffer anywhere from an occasional urine leak to full incontinence.

The survey asked over 1,000 women between the ages of 50 and 80 questions about their health. The research was conducted by the University of Michigan Institute for Healthcare Policy and Innovation.

After analyzing the results of the polling, the researchers found that despite many respondents claiming some form of incontinence, more than 60 percent of them had not spoken to their healthcare practitioner about the problem, and less than 40 percent actively practiced muscular exercises to battle urine leakage.

These exercises are designed to strengthen the pelvic floor and increase bladder control. The majority of the women who reported urinary leaks described using absorbent underwear or pads, wearing darkly colored clothing, and limiting fluid intake as methods of coping with the condition, as opposed to seeking certified treatment.

“Urinary incontinence is a common condition that may not be routinely screened for in primary care, yet it can impact a woman’s quality of life and health, and is usually treatable,” says Carolyn Swenson, one of the researchers involved in the study. “It’s not an inevitable part of aging and shouldn’t be overlooked.”

Coughing and Sneezing Are the Most Common Triggers of Urine Leaks

Many of the women who reported the problem as part of their response to the survey categorized their incontinence as somewhat problematic or majorly problematic. Around 30 percent reported a urine leakage at least once a day. Most likely to set off a urine leak was bouts of coughing, sneezing, or laughing, but some also had trouble when trying to reach a bathroom when the sensation for the need to urinate arose.

It is also a common fear for women, with and without incontinence, to think that they will lose control over their bladder as they age or that their condition will worsen with age.

Some of the poll respondents reported experiencing a bladder leak when exercising. According to Preeti Malani, another researcher responsible for the study, “the last thing that older women should be doing is avoiding exercise or not being able to enjoy other activities that make life worthwhile. We hope these findings will help spur conversations between women and their health care providers, so that activities aren’t limited.”

The researchers also emphasize that incontinence does not have to be accepted as an inevitable part of aging and should be thought of as a real health concern. With the proper care and treatment, most forms of incontinence can be managed or completely cured.

Persistent incontinence can be a sign of underlying health issues and should be considered a serious medical problem. If you are experiencing unexpected bladder leaks, speak to your regular medical practitioner about your treatment options.