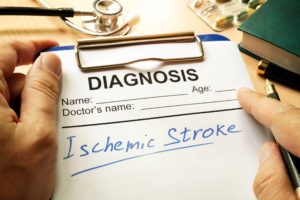 A high number of depression symptoms are associated with ischemic stroke risk, according to the latest research findings.

Study author Marialaura Simonetto explained, “Depression is common and often goes untreated, so these results could hold great promise as we learn more about how depression may affect people’s risk for stroke and other cardiovascular problems and ultimately develop ways to prevent these problems. If people with depression are at elevated risk of stroke, early detection and treatment will be even more important.”

The study involved 1,104 participants with no prior history of stroke with an average age of 70. Participants were followed on average for 14 years.

The study found that 18 percent of participants had elevated depression symptoms, which were measured by questionnaires.

The researchers suggest that additional research is required to confirm findings and better understand the underlying mechanisms which could link the two.