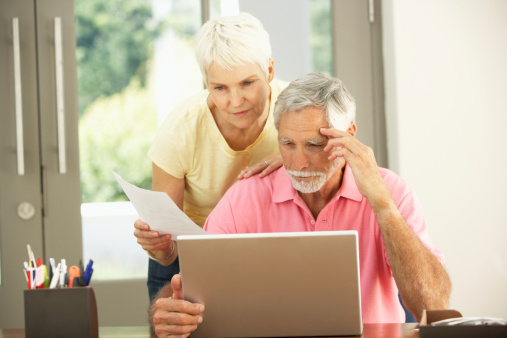 Stroke is the second leading cause of death in the Western world, according to the World Health Organization (WHO). While we can take our nutrition and fitness in to our own hands to help save ourselves from this global epidemic, there’s another factor contributing to our stroke risk – one that is disturbingly silent, and much harder to get a handle on. A new study published in PlosONE has concluded that our exposure to environmental toxins can play a major contributing factor to the occurrence of a stroke, and that tungsten in particular – a common metal used in various electronics and light bulbs, could double your risk of suffering from one.

According to the World Health Organization (WHO), a stroke occurs when there is an interruption of blood flow to the brain, often because a blood vessel bursts or is blocked by a clot.  This leads to a decreased supply of oxygen and nutrients to the brain, which ultimately results in brain tissue damage.  Symptoms of stroke include sudden weakness or numbness of the face, arm or leg, and is is usually one-sided.  Additional symptoms may include confusion, difficulty speaking or understanding speech, blurred vision, difficulty walking, dizziness, loss of balance and co-ordination, severe headache, fainting and/or unconsciousness.

A stroke can be life-altering, depending on which area of the brain is affected and to what degree it is affected. Some times, a stroke can lead to sudden death.  It is important to seek medical attention if you notice any of the signs and symptoms of stroke, as earlier treatment is often associated with a better prognosis.

RELATED READING: Determine Your Stroke Risk Through Your Eyes

The Relationship between Tungsten and Stroke

For the current study, researchers used data from the US based National Health and Nutrition Examination Survey (NHANES).  The researchers examined the urinary tungsten concentrations of 8,614 patients between the ages of 18 and 74, all of whom participated in the survey and were followed for a period of 12 years.   Their analysis revealed that, even when other stroke risk factors such as age, socioeconomic status, smoking status, body mass index, occupation and alcohol were all taken into account, individuals who had a higher urinary concentration of tungsten still had a significantly increased risk of stroke. The analysis also showed that exposure to tungsten could be a significant stroke risk factor in individuals under the age of 50, a new cause for concern in this younger population.

Tungsten as a Toxin

At the present time, exposure to the tungsten toxin is relatively low; however, there has been an increase in the supply and demand of this particular toxin in recent years.  It is commonly used in electronics, including cells phones and computers, and is also used in various industrial and military products.  As the societal demand for better technology increases, so will exposure to this toxin.

Additionally, as tungsten is produced, small amounts of the toxin can leak into the environment, making its way into the water system.  For these reasons, tungsten is becoming a toxin of major concern, as the health concerns associated with it’s exposure are proving to be dire, and are still not completely understood at this time.

This research highlights how our increasing exposure to environment toxins continues to damage our health in disturbing and life-threatening ways. As new chemicals and toxins continue to be introduced in to our surroundings, it is crucial that research continue to examine their effects on our health, both in the short and long term.