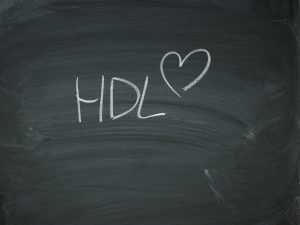 There is a very distinct line between good cholesterol and bad cholesterol, and by now you clearly know the difference. In case you don’t, let us reiterate. LDL cholesterol is the “bad” cholesterol, which increases your risk of stroke and heart attack. This is the type of cholesterol that builds up along your arteries, making it harder for blood to pass through.

On the other hand, HDL cholesterol is considered “good,” because it can push away LDL cholesterol and lower your risk of heart disease. In theory then, it should seem obvious that more HDL cholesterol is best, but new findings suggest, there is such a thing as “too much of a good thing,” especially when it comes to cholesterol.

Too much HDL cholesterol bad for health

Professor Eliano Navarese, an Italian cardiologist, said, “The thinking that increasing HDL, which is widely advised by clinicians, could provide health benefits has been denied by a growing body of evidence.” Majority of circulating cholesterol in the body is produced by the liver.

There are currently no recommendations for setting a limit for HDL cholesterol as it is deemed as good, but there is mounting evidence that too much HDL can be equally as harmful as LDL cholesterol.
Researchers suggest that HDL cholesterol does have a maximum when it comes to its protective effects, which is roughly 1.5 mmol/l. Dr. Dermot Neely, lead consultant for the Lipid and Metabolic Outpatient Clinic at Newcastle’s Royal Victoria Infirmary, said, “Beyond that, higher HDL might not provide additional protection, and research is now suggesting that very high HDL levels, that is in excess of 2.3mmol/l, may behave more like LDL, raising the risk of heart problems.”

Research conducted by the University of Pittsburg found that in women going through menopause, an increase of HDL cholesterol actually contributed to greater plaque build-up, which increased the women’s risk of stroke and heart disease.

Other previous research found that high levels of HDL were associated with harm to the kidneys in dialysis patients, along with posing a risk to those with arthritis and diabetes.

“In certain circumstances, such as acute infection, or in chronic diseases linked to inflammation, such as rheumatoid arthritis, research has suggested that the HDL particles change their make-up,” added Professor Naveed Sattar from the University of Glasgow. He explained that the rising levels of HDL cholesterol in the body increase the chances of malfunction and resulting complications.

The researchers suggest that individuals be wary when they get back their cholesterol results and not to get too over-the-moon if HDL numbers are high. Although it may seem beneficial, there is a potential for it to be quite harmful. Doctors can run numerous tests to ensure your HDL and LDL levels are not causing you any issues.

In the meantime, it’s still important to have higher HDL levels than LDL levels but, like all things in life, in moderation.