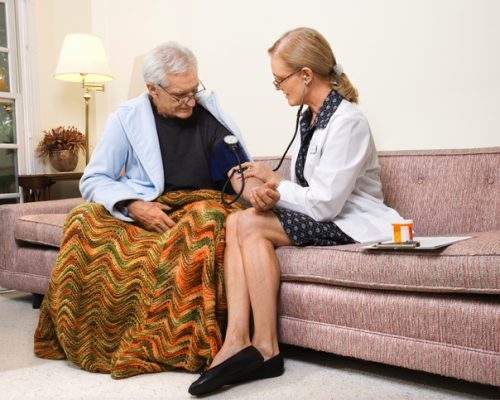 Lead author of the study Rodlescia S. Sneed said, “Everyday, we are learning more about how negative lifestyle factors like poor diet and lack of exercise increase hypertension risk. Here, we wanted to determine if a positive lifestyle factor like volunteer work could actually reduce disease risk. And, the results give older adults an example of something that they can actively do to remain healthy and age successfully.”

The researchers looked 1,164 adults who were interviewed twice. At the start of the interview, all participants had normal blood pressure. Volunteering activities, various social and psychological factors, and blood pressure were measured at each interview.

Sneed added, “As people get older, social transitions like retirement, bereavement, and the departure of children from the home often leave older adults with fewer natural opportunities for social interaction. Participating in volunteer activities may provide older adults with social connections that they might not have otherwise. There is strong evidence that having good social connections promotes healthy aging and reduces risk for a number of negative health outcomes.”

The researchers used data of 1,502 healthy adults. Unpleasant or negative interactions were measured by a questionnaire and blood pressure was checked during the initial assessment and then four years later.

liverThe researchers found that every increase in the total average negative interaction score was associated with a 38 percent higher risk of hypertension within four years. These predictions were found to be applicable to women, but not men.

Rodlescia S. Sneed added, “There is a body of evidence in social psychology research suggesting that women care more about and pay more attention to the quality of their relationships. Our findings suggest that women are particularly sensitive to negative interactions, which is consistent with this previous work.”

Blood pressure medications may increase seniors’ risk of falls by 30 to 40 percent: Study