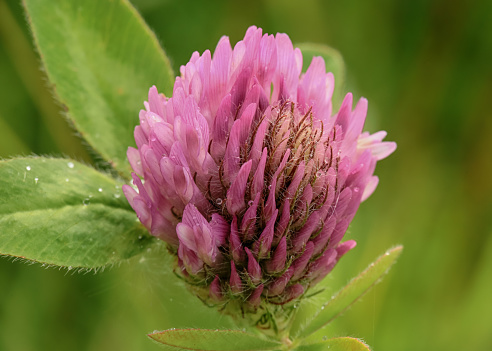 One of the most common menopausal symptoms are hot flashes—warm flushing feelings in the face and upper body that may result in sweating and chills. For as long as women have been trying to cope with this uncomfortable time in their reproductive lives, there have been natural remedies to help them manage.

This is where a herb called Red Clover comes into play. It has been used for centuries as a herbal medication that soothes hot flash symptoms and hormonal fluctuations. While many women swear by its beneficial effects, new research suggests that we have been using the herb all wrong.

Instead of using the herb in its more natural form, fermented red clover has proven effective at significantly decreasing both the number and severity of hot flashes.

Additionally, the use of red clover in this way also prevented the accelerated bone loss commonly affecting one in three women over the age of 50.

What is more amazing is that the use of red clover was not found to produce any of the side effects that hormone replacement therapy, often used to help prevent hot flashes, can produce.

“It is the fermentation process of the Red Clover extract that makes the difference, as the lactic acid fermentation increases the bioavailability of the bioactive estrogen-like compounds (known as isoflavones or phytoestrogens) that Red Clover has in abundance,” said Max Norman Tandrup Lambert, who was involved in the study at the Dept. of Endocrinology and Internal Medicine at Aarhus University/ Aarhus University Hospital.


Getting more out of this remedy

The researchers say that the more traditional ways of ingesting red clover make it difficult to digest, preventing absorption. A large portion of the isoflavone—plant derived compound with estrogenic activity—can pass through the intestines without entering circulation. The fermenting process prevents that.

The study in question looked at 130 women with menopausal symptoms, 60 of which were chosen based on criteria of at least five severe hot flashes per day and blood tests indicating menopause.

“The women were separated into two groups of 30, so 30 drank 150ml Red Clover extract per day for 12 weeks, whilst the other 30 drank a masked placebo product. After 12 weeks we tested again and were speechless about the data. There was a much greater effect than we had hoped for,” says Max Norman Tandrup Lambert.

Related: How to get rid of menopausal hot flashes