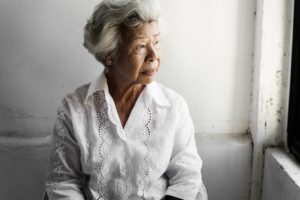 Depression symptoms have been linked with a higher risk of heart disease and stroke. The researchers behind the latest study found that the depression-heart disease link could lead to a higher death risk among older adults with depression.

The researchers investigated the role that depression plays in the risk of death overtime. They also looked at the role of heart disease and stroke in linking depression symptoms to a higher risk of death.

The researchers looked at information part of the Three-City study, which was a French study looking at dementia, heart disease, and stroke among adults over the age of 65 during five healthcare visits that spanned over ten years.

Sixteen percent of participants had a history of heart disease at the start of the study.

Twenty-three percent of participants had depression symptoms at the start of the study, and nearly seven percent were taking medication for their depression. After three follow-ups, patients were tested for depression again.

After monitoring patients, researchers found that those with depressive symptoms had a higher risk of death, including death from heart disease and stroke.

The researchers concluded that older adults living with depression need to work on reducing their heart disease risk to reduce their risk of death. They also noted that antidepressants were not associated with a higher risk of death.