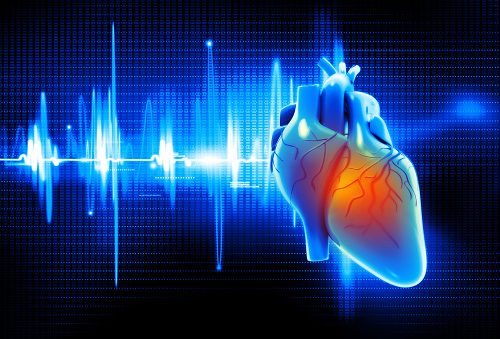 Scar tissue left behind after a heart attack has been found to maintain electrical connectivity, according to recent research conducted by Dalhousie Medical School. While heart scars were previously thought to only hinder proper cardiac function and disrupt a normal heartbeat, the findings of this new study have raised questions as to whether this scar tissue can be used to correct irregular heartbeat patterns and even aid in the treatment of cardiac diseases.

Heart attacks restrict the flow of oxygen into the heart cells, and those left with no oxygen die and are replaced with scar tissue. While this damaged tissue can help the heart maintain its normal structure, it also blocks the standard electrical impulses and, as a result, the heart beats in an irregular pattern known as an arrhythmia. Heart arrhythmias are potentially dangerous conditions that can lead to further cardiac events, including heart failure or death. Because this study shows that the tissue is capable of electrical connectivity, researchers are now looking into how it can be utilized to help heart attack survivors in the rehabilitation process.

While previous research has centered on rebuilding cardiac structures and electrical networks with new tissue, the potential for the connectivity of existing scar tissue may allow doctors to fix any issues without introducing new matter. Essentially, they may be able to rewire the heart by forcing connections between healthy tissue and the scarred portions, creating a smoother electrical path and eliminating the difficult task of attempting to generate new tissue.
This breakthrough may change the way doctors treat a variety of cardiac conditions, though more research is necessary in order to gain a better understanding of heart scars and the benefits and limitations of manipulating this damaged tissue.

Surviving a heart attack when you are alone

Do this one thing to reduce your risk of heart attack