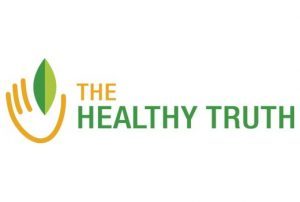 I recently had an outbreak on my face that made me feel like a teenager again. It was horrible. Every day I woke up with another spot on my face – it was starting to become embarrassing. It seemed that this breakout was localized on my upper lip and chin, and it was just horrible to look at.

Sure, I could have went to the drug store and picked up some face wash or cleansing pads, but I wanted to try something more natural.

Coincidentally, I came across a short video online, which revealed how apple cider vinegar could be used as a natural facial toner.

You need to mix apple cider vinegar with water, pour the solution on a clean pad, and swipe it all over your face. The woman in the video also recommended a few variation on the solution depending on the skin type. For example, if you have dry or sensitive skin, you would add more water, and if you had oily skin, you would use less water.

Well, I definitely have oily skin. Some days, my face looks as shiny as a disco ball!

So I figured I had nothing to lose and decided to give it a try. I mixed together some raw, unfiltered apple cider vinegar with some filtered water, and rubbed it all over my face. The video also mentioned not to rinse the solution from your skin, just allowing it to properly soak in.
Lo and behold, within three days, I already started to see a difference!

First off, no new pimples appeared, which was already a relief in itself. And the ones on my face dried up and became flattened, so they weren’t protruding from my face any longer.

Now you’re probably thinking that the acid in the apple cider vinegar dried out my skin – it didn’t! I did not have to use any additional moisturizer, and my face still felt soft.

Would I say apple cider vinegar and water is a good face cleanser? Yes, for sure. It helped me gain my confidence back, and I will probably keep at this practice for a few more days until all the traces of pimples are gone.

I must admit though, when you first do it for a short while, your face smells like apple cider vinegar, so if you embarrass easily I’d suggest you do this routine when you are not around other people.

Another thing I noticed is, when I showered, the steam of the shower brought out the smell of the vinegar, but frankly I just cleaned my face, so I wasn’t too concerned.

If you can get past those two aspects, I would definitely recommend you give apple cider vinegar and water solution a try as a face toner.

Apple cider vinegar has a long list of benefits – and now I can confidently add its capacity of a pimple remover to the list, too.