Home » Health News » This Health Test Could Protect Your Heart 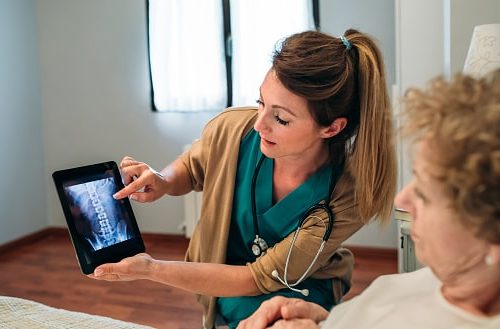 If you’re over the age of 50, you have probably undergone a bone density test to detect early signs of osteoporosis. Well, that same bone test may also be useful in detecting heart disease.

The researchers of the study examined bone density scans from over 1,000 women who were followed for 15 years.

They found that the bigger the calcium build-up in the aorta related to higher risk of the patient having heart disease.

Lead researcher Dr. Joshua Lewis explained, “Not only were the women with calcium in their aorta more likely to have suffered a cardiovascular event in the subsequent 15 years, they were also at a higher risk of dying from any cause. This study shows that in addition to indicating the risk of fracture, bone density scans have the capacity to determine the long-term likelihood of cardiovascular disease. This makes bone density testing even more useful as a screening tool.”

The findings suggest that bone density scans may hold a dual purpose – not only detecting osteoporosis, but heart disease risk too, but not all feel this way.

Professor Garry Jennings of the Heart Foundation explained, “This was a particular group of women aged over 70 and it is unclear yet how the test would perform in other groups or compared to the standard tests for assessing the risk of heart disease.”

Dr. Lewis plans to conduct additional research in this area and expand the age gap to include those aged 50 to 80 to determine whether a bone scan would reveal heart disease risk among other age groups.

Heart disease is the number one killer in America, but it’s also preventable. If someone receives an early warning, they can make appropriate lifestyle changes to reduce their risk of a cardiovascular event from occurring.