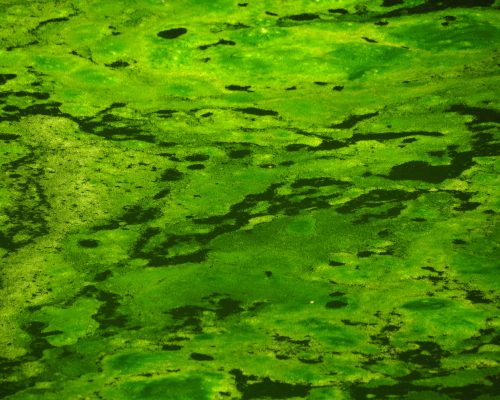 HDL cholesterol levels can increase with algae extracts, which may counter the effects of high fat diets. The researchers from Wayne State University found a dietary intake of ProAlgaZyme increased the levels of HDL cholesterol.

Lead researcher Smiti Gupta said, “The cholesterol mechanism is crucial to heart disease. Very few agents increase good cholesterol, but we found that this algae extract does. The ratio of total to HDL cholesterol improved significantly. This result, if replicated in humans, would be consistent with a decreased risk of heart disease.”

For the study, ProAlgaZyme was administered as a drinking fluid for four weeks. Not only did ProAlgaZyme boost HDL cholesterol, but it also changed the gene expression involved in the reverse cholesterol transport mechanism.

Gupta concluded, “Its biological effect over time and toxic effects, if any, need to be further investigated in a long-term study in an animal model before testing its effects in humans. But this is a step in the right direction, since increased HDL is considered an important therapeutic target for improvement of the lipid profile and thus reduction of the risk for cardiovascular disease.”


Algae extracts may counter the effects of high fat diets

An alternative study by Wayne State University found that algae extracts may counter the effects of a high fat diet, supporting healthy cholesterol balance. This study was also led by Smiti Gupta.

LDL cholesterol was found to significantly decrease in all subjects taking PAZ, compared to those that were not treated.

Amy Steffek, HEPI Director of Research & Development, explained, “To put this in perspective, the benefit of raising HDL can be explained by examining how these “good” cholesterol particles function: They play a key role in removing excess cholesterol from cell storage and transporting that cholesterol to the liver for excretion from the body. They also have other properties that promote and protect cardiovascular health, and serve as an independent predictor of cardiovascular risk. To simplify, one can lower risk of cardiovascular disease by increasing levels of HDL cholesterol. Given that cardiovascular disease is a leading cause of death in the US and other industrialized nations, the effects of our algal extracts in improving “good” cholesterol, and therefore cardiovascular health, are significant and potentially wide-reaching. Whether the relationship between our bioactive extracts and increased HDL cholesterol is causal or correlative, the studies conducted show an improved metabolic state, despite the continuation of a high fat diet.”