Home » Health News » Happiness is contagious, depression is not 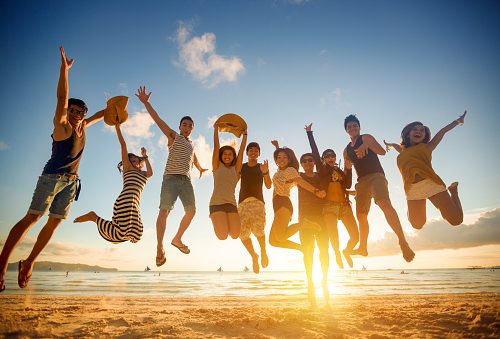 Academics from the University of Warwick uncovered that friendships can reduce the risk of a teenager developing depression or aid in recovery from depression. They further noted that having friends who are depressed doesn’t spread to you or anyone else; happiness, on the other hand, is contagious.

The Depression and Bipolar Support Alliance estimates that 14.8 million American adults (over the age of 18) suffer from major depression. Individuals with depression have a higher risk of heart attack and even premature death. Nearly 80 percent of depression patients who seek treatment show improved symptoms within four to six weeks.

The academics that ran the study used a group of American high school students and a mathematical model to determine if depression would spread from friend to friend.

T head of social science and systems in health at the university, Professor Frances Griffiths, said, “Depression is a major public health concern worldwide. But the good news is we’ve found that a healthy mood amongst friends is linked with a significantly reduced risk of developing and increased chance of recovering from depression.”

Data from 2,000 teenagers was collected from the National Longitudinal Study of Adolescent to Adult Health. By using similar methods to track down the spread of disease, researchers tracked how mood is influenced by modeling the spread of mood.

Classification of individuals was either possessing depressive symptoms (low mood) or not being depressed (healthy mood).

Findings revealed that depression does not spread, but surrounding yourself with enough people of healthy mood can lower your risk of developing depression and increase the odds of recovering from it over the course of six months to one year.

Lead author Edward Hill said, “Our results suggest that promotion of any friendship between adolescents can reduce depression since having depressed friends does not put them at risk, but having healthy friends is both protective and curative.”

It has already been established that social support is important in deterring or recovering from depression. And living alone or being abused in early life is strongly associated with developing depression.

Dr. Thomas House, another author of the study, added, “It could be that having a stronger social network is an effective way to treat depression. More work needs to be done, but it may be that we could significantly reduce the burden of depression through cheap, low-risk social interventions.”

The findings were published in the journal Proceedings of the Royal Society B.