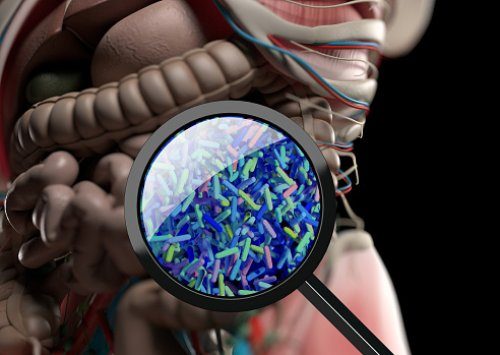 Gut bacteria and insulin resistance affect our digestion, and according to a new study by John Hopkins researchers, they are also linked to obesity.

Why is gut bacteria important?

It is a well-known fact that our intestines have bacteria also known as gut flora. Scientists estimate that we have 200 to 500 gut flora species lining our intestines. These bacteria form a part of the intestinal microbiome along with some viral and fungal elements.

Gut bacteria help our digestion and play an important role in obtaining energy from the food we consume. They strengthen our immune system and protect us against infection-causing harmful bacteria. Several studies have also suggested that gut bacteria affect our weight.

What is insulin resistance and why is it linked with metabolism?

Insulin resistance, often associated with type 2 diabetes, refers to a condition where the cells of the body stop responding properly to a hormone called insulin. Insulin helps our body convert the glucose metabolized from our food into energy. As a result, people with insulin resistance cannot metabolize glucose.

Scientists have observed insulin resistance developing in people who have a slow metabolism as a result of a sedentary lifestyle. In addition, incidences of insulin resistance have also been observed in overweight people and those consuming a high calorie diet with more carbohydrates and sugars.

Link between gut bacteria and insulin resistance with obesity

From existing knowledge, it has been established that both gut bacteria and insulin resistance affect our ability to obtain energy from the food we consume. However, gut bacteria play a positive role in metabolism, whereas insulin resistance has a negative impact on it. In addition, both are associated with bodyweight. Researchers at Johns Hopkins Children’s Center studied this relationship in order to understand obesity better, with the hope of finding a way to prevent metabolic syndrome.

What is metabolic syndrome?

Metabolic syndrome refers to an ensemble of conditions commonly associated with risk of diabetes, stroke, and heart disease. Physical symptoms of this condition include obesity, high blood pressure, and high blood sugar.

There is no known reason for the development of the syndrome. However, earlier studies suggested that a certain protein performs the function of toll-like receptor 4 (TLR4) by receiving chemical signals and creating inflammation.

The link between TLR4 and metabolic syndrome

The Johns Hopkins study was designed to verify whether there was a link between TLR4, metabolic syndrome, and obesity. The aim was to determine whether TLR4 present in the epithelial cells of the intestine could lead to metabolic syndrome.

A number of experiments were conducted on mice to understand the TLR4 connection. The mice used in the experiment were of two types—normal mice and mice that were genetically modified to lack TLR4.

The experimented lasted 42 weeks. In the first 21 weeks, the mice were fed with standard chow, which was made up of 22 percent fat-containing calories. In the next 21 weeks, the fat percentage was increased to 60 percent. This was done to determine whether higher fat in diets affected the development of metabolic syndrome.

After the first 21 weeks, researchers found that mice that did not have TLR4 gained weight and increased their body and liver fat. They also developed insulin resistance. These developments are symptomatic of metabolic syndrome.

After increasing the fat intake for another 21 weeks, scientists observed that the genetically modified mice gained significantly more weight and had much more body and liver fat compared to normal mice.

The findings show that lack of TLR4 can result in metabolic syndrome. Since TLD4 interacts with gut bacteria, the study demonstrates that it is possible to prevent metabolic syndrome if intestinal bacteria are manipulated.

According to David Hackam, co-director of Johns Hopkins Children’s Center, this new knowledge can help scientists find ways to regulate the bacteria and genes connected with metabolic syndrome. This would be useful in preventing obesity in both children and adults.

Colitis: Could precision editing of gut bacteria be a possible cure?