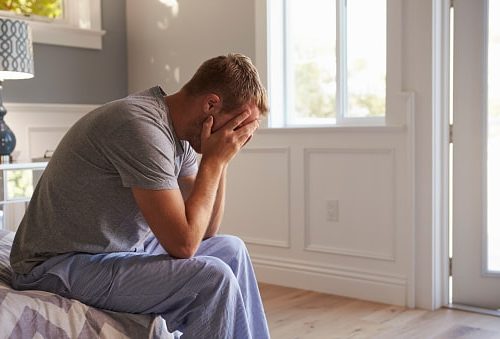 “What this study says is that many things in your diet might affect the way your brain functions, but one of those things is the way diet changes the gut bacteria or microbes. Your diet isn’t always necessarily just making your blood sugar higher or lower; it’s also changing a lot of signals coming from gut microbes and these signals make it all the way to the brain,” says Ronald Kahn, a researcher on this study.

Bacteria in the Gut Causes Depression and Anxiety

The researchers were able to pinpoint bacteria in the microbiome as the cause of this increase in depression and anxiety by transferring bacteria from the mice who were on the high-fat diet into mice who did not have any bacteria in their gut.

The researchers then examined the hypothalamus and nucleus accumbens in the brains of the mice, to test the theory that these areas become insulin-resistant when a high-fat diet is consumed. These are two areas of the brain responsible body metabolism and mood and behavior, respectively.

“We demonstrated that, just like other tissues of the body, these areas of the brain become insulin resistant in mice on high-fat diets,” Kahn says. “And this response to the high fat is partly, and in some cases almost completely, reversed by putting the animals on antibiotics. Antibiotics are blunt tools that change many bacteria in very dramatic ways. Going forward, we want to get a more sophisticated understanding about which bacteria contribute to insulin resistance in the brain and in other tissues.”