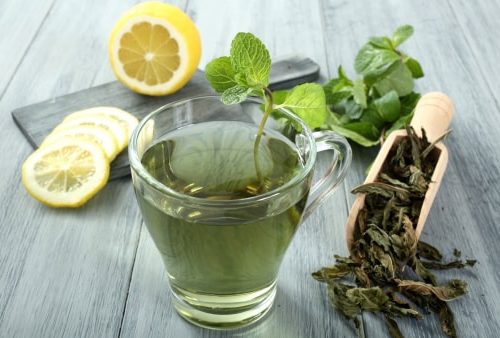 A new study has found that drinking a cup or more of tea per day may be beneficial for heart health as you age. Past research has connected tea drinking with a decrease in low-density lipoprotein (LDL) or “bad” cholesterol in the arteries, resulting in a lower risk of heart disease or stroke. Until recently, it has been unclear how drinking tea affects the levels of high-density lipoprotein (HDL) or the “good” cholesterol that helps to eliminate the LDL in the bloodstream.

The current study has found that drinking tea slows down the natural decrease in HDL that occurs as we age, prolonging heart health. The study examined more than 80,000 people in Tangshan, China for six years. They found that regular tea drinkers had a slower age-related rate of HDL decrease in the bloodstream. Overall, the participants who regularly consumed a cup of tea or more per day were shown to have an eight percent decrease in their risk of cardiovascular events.

The results were only mildly different between the consumption of green tea or black tea, with green tea showing a slight increase in the benefits it offers. Both kinds of tea are full of polyphenols and catechins, which are two antioxidants known for being natural anti-inflammatories. The greatest decrease in cardiovascular risk was seen in the population that were 60 years or older and were typically at risk for heart problems, including those who smoked, were overweight, and led sedentary lifestyles. Men also showed a slightly higher benefit from the tea drinking than women.

This study did come with its limitations, however. The data collected was based on self-reports of weekly or monthly tea consumption, so it was unclear how regular the participants were drinking tea on a daily basis. This study did not collect any information on coffee consumption, as well as on other dietary factors which may have played a role in the results that were found. The population examined in the study was also a very specific community in the country and was not representative of China’s overall population.

“We don’t tend to talk much about the decline in HDL cholesterol with age, and our main lifestyle strategies for trying to increase it are vigorous physical activity and losing weight,” said Judith Wylie-Rosett from the Albert Einstein College of Medicine, who is not associated with this study. She described the study as “one of those nice stories that people who drink tea feel good about, but it doesn’t really change a whole lot of anything other than to help researchers think about the next study they need to do.”

Other Benefits of Tea

While this study may not have shown concrete evidence on the benefits of drinking tea for heart health, other studies have shown that the consumption of tea has a wide variety of benefits. These include: