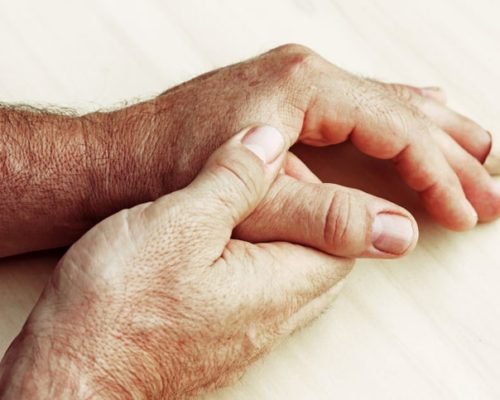 Previous research has found conflicting results about whether gout increases a person’s risk for developing dementia. For this reason, a group of researchers aimed to clarify these findings by performing a cohort analysis. The researchers used data collected through Medicare claims to identify participants with gout. Of the 1.71 million participants, 111,656 were diagnosed with dementia.

The researchers found that participants with gout were 15–18 percent more likely to be diagnosed with dementia as well, compared to those without gout. These results remained true after adjusting for age, sex, race, medical comorbidities, and common medications for cardiac diseases and gout.

The findings were not all that surprising, according to the researchers, as gout is associated with hyperuricemia, chronic inflammation, and oxidative stress, all of which are suspected to play a role in the development of dementia. “Oxidative stress may be the final common pathway in both gout and dementia, that can at least partially explain the increased risk of dementia in elderly people with gout. A better understanding of pathways that lead to higher risk of dementia in people with gout will not only improve our understanding of this association between two common conditions in the elderly population, but may also pave the path for discovery of new treatments targeting these pathways to prevent or delay the onset of dementia,” write the researchers.

This study was limited by the fact that the data were gathered through Medicare records. For one, the researchers were unable to confirm dementia diagnoses through the use of diagnostic criteria, MMSE scores, or magnetic resonance imaging (MRI), as these are not included in the information collected by Medicare.

Without this information it is impossible for the researchers to have confirmed the diagnoses of dementia in the sample population, meaning the possibility for misclassification bias exists in this study.

“In conclusion, we found that gout was independently associated with a 15-18% higher hazard of dementia in the elderly. This increased risk might be due to the effects of hyperuricemia, oxidative stress, and/or inflammation. Future studies should also explore whether interventions targeting these can ameliorate this increased risk,” write the researchers.