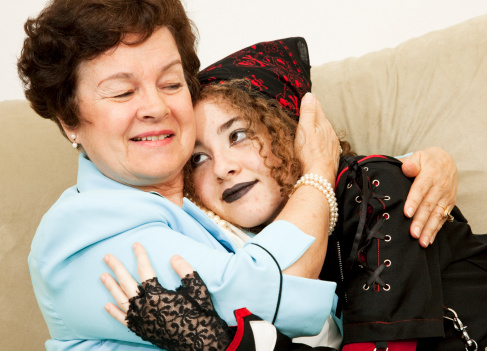 Depression goes beyond the normal ups and downs of life. Sufferers of depression experience days, months and years of extreme lows that include a disinterest in life. Although the exact cause of depression is unknown, genetic and environmental factors are thought to play a role in the development of depression. New research suggests that teenagers who associate themselves with the gothic subculture have a higher risk of developing depression.

The findings, which were published in The Lancet, reveal 15-year-old teenagers who assimilate with Goths are more likely to suffer depression and partake in self-harm by the age of 18.

It is known that teenagers who partake in a gothic lifestyle often conduct intentional self-harm, but a relationship between families, characteristics of the teenager and circumstances were unclear.

Data from the UK Avon Longitudinal Study of Parents and Children was used to investigate a link between being a Goth at age 15 and depression and self-harm in early adult life.

Skaters and loners also showed association between self-harm and depression but not nearly as often as Goths. Those who claimed they were sporty were the least likely to self-harm or experience depression.

Although the research is observational, and researchers have not identified cause and effect, the research still reveals a strong association between gothic teens and self-harm and depression. Researchers suggest further study needs to be conducted within the teenage gothic community to understand it more and uncover why there is a link between being gothic and self-harm and depression.


Causes and risk factors of depression in teens 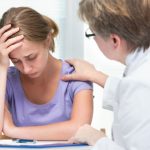 There are many contributing factors which can increase a teenagers risk of developing depression, they include:

Signs and symptoms of depression in teens

To recognize if a teen has depression in order to start treatment early, these are the signs and symptoms to look out for:

Although some of these signs and symptoms of teenage depression may seem like normal changes in hormones and stages of puberty, taking note of the duration of the emotions and mood changes will help uncover if it is simply puberty or depression.

Steps to deal with depression in teens 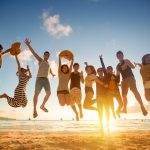 There are many different ways to treat depression. Some treatments can be done on their own, or many treatments may be combined together – this is all dependant on when the depression is diagnosed and how severe it is.

There is medical intervention which can be done to treat depression – this involves the use of antidepressants. Although effective in many cases, antidepressants do come with their own set of side effects; always speak to your doctor before beginning a medical treatment for teenage depression.

If your teen is partaking in the gothic culture, pay closer attention to their behavior as research shows they are more likely to self-harm or become depressed. If you’re unsure how to approach the situation you can always reach out to a therapist or doctor for guidance.

A heart attack occurs when there is not an adequate blood supply to the heart. This can be caused due to a blockage. Damage can occur in the heart, and depending on how long the heart goes without blood will determine the severity of the damage. Continue reading…