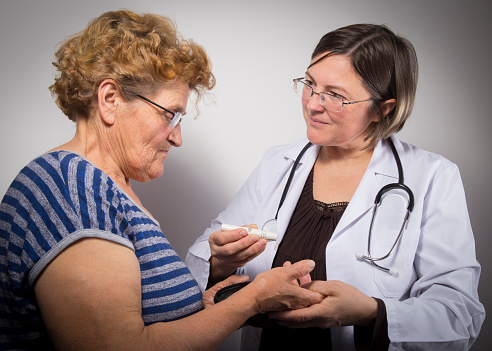 Diabetes plagues millions of Americans, and according to recent studies, this number will only keep rising. Despite this increasing trend, advancing science has allowed doctors and medical professionals to better treat diabetic patients and their heart-related complications.

The first of two studies conducted on diabetes patients looked at the incidence of type 1 and type 2 diabetes in U.S. children. It found that that, from 2002 to 2012, the rates of both had increased, especially among racial and ethnic minorities. The study reported that type 1 diabetes was increasing at a rate of 1.8 percent a year, with Hispanic children specifically seeing an increase of 4.2 percent a year. Type 2 diabetes is seeing a much faster increase, however, as the annual rate had risen by 4.8 percent during the study period, with its incidence in black children seeing an increase to 6.3 percent, Asian/Pacific Islander children to 8.5 percent, and Native American children to almost 9 percent, annually.

“The increase in incidence of type 2 diabetes is likely related primarily to the increases in overweight and obesity in youth, although this is not the only reason,” said Mayer-Davis. She’s a professor of nutrition and medicine at the University of North Carolina, Chapel Hill.

“These studies highlight our concerns about the increasing prevalence of diabetes. Every 23 seconds, another person is diagnosed with diabetes [in the United States],” said Dr. William Cefalu, chief scientific, medical and mission officer for the American Diabetes Association (ADA).

Dr. Cefalu goes on to say that he is pleased to learn about the Swedish study report, as it shows that progress is being made in the right direction. He and his colleagues are vigilant in the pursuit of finding the best treatments for diabetes and all its complications in the hopes that one day they will find a cure. As it stands today, diabetes is a disease that affects millions of people worldwide, and ongoing research in this department will help the lives of people around the globe.

It is estimated that in the U.S., 29 million people have diabetes, with the majority of individuals having the type 2 variant. Only about 1.3 million have the type 1 variant.
Type 2 diabetes, also called adult-onset diabetes, is a metabolic condition where the body does not utilize insulin—a hormone that helps utilize glucose as a fuel source for cells in an efficient manner. Insulin processes in type 2 diabetic individuals do not work properly, resulting in high blood sugar in the blood stream. Obesity is a major risk factor for the development of this variant of diabetes.

“The specific genes and environmental/behavioral factors that cause type 2 diabetes are different than those that cause type 1 diabetes,” explained Elizabeth Mayer-Davis, the author of the study on diabetes incidence in children.

The researchers believe that greater advances in treatments and managements of diabetes have led to the study results seen, hoping to see this trend continue.