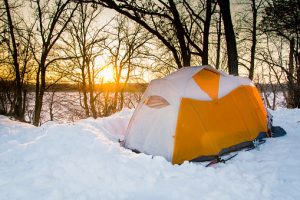 The key to getting a good night’s sleep may lie in simply spending more time outdoors, according to new research published in Current Biology. Technology-filled environments could be responsible for issues with our circadian rhythm and sleep timing, which causes us to have trouble falling and staying asleep.

Previous research has shown that exposure to electrical and artificial lighting can cause as much as a two-hour delay in our internal clocks and abnormal fluctuations in our melatonin levels, disrupting normal sleep patterns. However, results from this previous study revealed that a week spent in the natural summer sun was able to shift back the internal clock and could have people heading to bed earlier and sleeping for the same amount of time.

Kenneth Wright of the University of Colorado Boulder led the most recent round of research on how time spent outdoors in natural light can impact sleep timing, especially in the winter. To conduct the study, five active participants were sent camping for one week in the middle of winter, when days were at their shortest. The volunteers were made to leave behind flashlights, cell phones, and all other sources of artificial light.
The results showed that more time outdoors and away from artificial light allowed the participants’ internal clocks to shift back 2.5 hours, and had them going to sleep at an earlier, more reasonable time. The effect of camping was also tested in the warmer summer months, as Wright and his team sent nine more participants out to camp for the weekend. The time spent outdoors without artificial light was shown to prevent the common weekend habit of staying up late and sleeping in, stopping the participants’ internal clocks from shifting even later.

These studies have shown that a weekend camping trip may just be enough to reset your internal clock and in turn, regulate your melatonin levels, causing better sleep timing. Researchers suggest increasing your exposure to sunlight during the day and decreasing your use of artificial light in the evening to help you get to sleep at a reasonable time, and scheduling a camping trip if you find your sleep pattern has shifted significantly.

Sleep and the heart: Not enough or too much sleep affects your heart