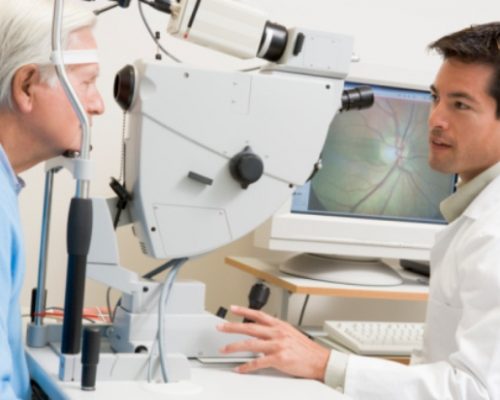 Glaucoma treatment may have potential in helping prevent Alzheimer’s disease, according to new research. The study was conducted on rats using the glaucoma drug brimonidine, which is intended to lower ocular pressure. The study uncovered that this drug also reduced the formation of amyloid proteins – which are believed to be linked to Alzheimer’s disease – in the retina.

Patients with Alzheimer’s disease often have amyloid buildup in their retinas, so researchers hypothesized that the retina could be an extension of the brain which could help gain more insight into the pathogenesis of Alzheimer’s disease.

The researchers found that brimonidine decreased neurodegeneration of cells in the retina by lowering the levels of amyloid protein. As it turns out, the drug promotes the protection of an alternative protein – a non-toxic one – that is harmless to nerve cells.

Study lead Prof. Francesca Cordeiro explained, “The findings of our study could not have come at a more significant and important moment, given the increased prevalence of Alzheimer’s disease. As we live longer, there will be increasing demand for therapies that can help challenge this extremely damaging disease and we believe that our findings can make a major contribution.”

Cataracts and Alzheimer’s disease have been found to be linked to a common gene. Both conditions are age-related, but the latest findings now link them through a common gene.

The researchers looked at the brain MRIs of the participants in the Framingham Offspring Eye Study cohort. The researchers found a strong correlation between cortical cataract and Alzheimer-related brain degeneration. Particularly impacted was the volume of the temporal horn, a part of the brain which is commonly enlarged in Alzheimer’s disease. Cortical cataract was also associated with poorer performance on cognitive tests.

Senior author Lindsay A. Farrer said, “Though much work remains to be done, a link between cataracts and Alzheimer’s disease supports the idea of a systemic, rather than brain-limited, focus for processes leading to Alzheimer’s disease. This study gives hope that we are moving toward earlier diagnosis and new treatment targets for this debilitating disease.”

Related: In glaucoma, rapid eye movements are significantly delayed, even in its early stages