Home » Eye Health » In glaucoma, rapid eye movements are significantly delayed, even in its early stages 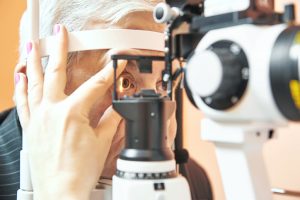 In glaucoma, rapid eye movements (REMs) are significantly delayed, even in its early stages. REMs are involved in many everyday activities, such as reading or scanning the surroundings.

Dr. Neeru Gupta found that people with glaucoma showed a delay in eye movement reaction times by at least 15 percent, even in the early stages of the disease.

The findings are significant because they suggest new ways to approach measuring vision loss beyond eye charts and visual fields, opting for real-world settings to determine the impact of eye disease on patients’ lives.

Glaucoma is becoming a common eye problem as the population is aging. It is estimated that by 2020 nearly 80 million people will be affected by this eye disorder.

Dr. Gupta said, “Now that we know that eye movement reaction times are delayed in people with glaucoma, there is an opportunity to understand the effects of glaucoma on daily activities of living that most of us take for granted, such as walking up and down stairs, driving, navigating, and reading. Just as alcohol causes a delay in hitting the brakes, glaucoma slows the time it takes to move the eyes quickly in response to a visual cue.”

Glaucoma may be identified by looking at people’s eye movements while they watch a film: Study

Researchers found that testing for eye diseases such as glaucoma may be done while a person watches TV. This could help speed up diagnostic time and help start the treatment sooner. Glaucoma is a dangerous eye disease because vision loss begins subtle at first and many patients are unaware that they have peripheral vision loss.

The researchers compared 32 seniors with healthy vision to 44 seniors with glaucoma. Both groups underwent standard vision examinations and disease severity was also measured.

The participants were then advised to watch three unmodified TV and film clips on a computer while an eye-tracking device recorded their eye movements and directions where they were looking.

David Crabb, professor of Statistics and Vision Research, said, “These are early results, but we’ve found we can identify patients with glaucoma by monitoring how people watch TV. This could make a huge difference in detecting or monitoring a disease which currently results in one in ten of all blindness registrations in the U.K. and about a million NHS [National Health Service] appointments a year for those with the disease. Once the damage is done, it cannot be reversed, so early diagnosis is vital for identifying a disease which will continue to get more prevalent as our population ages.”

Dr. Dolores M. Conroy, director of research at Fight for Sight, added, “One of Fight for Sight’s six long-term goals is to enable conditions such as glaucoma to be detected earlier. Early diagnosis and treatment can stop people losing their sight, so we’re very pleased that this proof-of-principle eye movement study opens the door to developing a new clinical test for glaucoma. Furthermore, it address one of the priorities for glaucoma research identified by the Sight Loss and Vision Priority Setting Partnership – a consultation with patients, relatives, carers, and eye health professionals.”