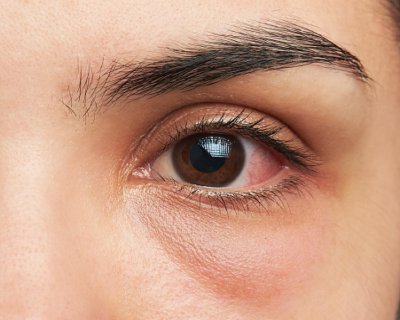 Glaucoma can develop in people with normal intraocular pressure, suggests research carried out by the National Eye Institute. Findings of the study link glaucoma to strain caused by recurring yet unavoidable movements of the eye.

Doctors estimate that we move our eyes approximately 183,000 times in a day, which includes rapid eye movements during sleep. In fact, doctors suspect that it is the eye movements in our sleep-state that involve adduction—movement of the eyeballs towards the nose. These movements put a strain on our eyes.

This conclusion has been drawn by doctors based on two recently published studies in Investigative Ophthalmology and Visual Science as well as the Journal of Biomechanical Engineering. The former study shows how these movements put strain on the optic nerve while the latter suggests how the eye structures are affected by these movements.

Research was led by Dr. Joseph Demer, head of pediatric ophthalmology and strabismus at the University of California, Los Angeles. He observed that several people suffering from glaucoma did not have elevated intraocular pressure—high eye pressure. They wanted to find out how else the optic nerve could be damaged to the extent that it leads to vision loss, even if a person has normal intraocular pressure.

The study published in Investigative Ophthalmology and Visual Science

In this research, Joseph Demer and his team studied patients of normal tension glaucoma as well as volunteers with normal eyes. They made people in both groups look in different directions and used MRIs (magnetic resonance imaging) to study which movements put a strain on the optic nerve.

The tests revealed that people suffering from normal tension glaucoma were affected both by adduction and abduction. Adduction made the optic nerve taut, causing the eyeball to retract considerably. On the other hand, abduction slackened the optic nerve. This indicates that adduction causes greater damage to the optic nerve and its sheath compared to other eye movements.

In contrast, the optic nerve and sheath were more flexible and were able to absorb the strain of the adduction movement in healthy volunteers.

The study published in the Journal of Biomechanical Engineering

This study was carried out by Demer and his team tobetter  understand the impact of eye movements on the structure of the eye. It was carried out using bovine specimens to simulate computerized eye movements. Based on this, researchers calculated the tensile strength and point at which one notices damage in the optic nerve and other tissues in the eye. This helped them to identify the parts of the eye that were most affected by repetitive movement.

In addition, Demer observed that the head of the optic nerve tilts with each adduction movement, causing strain.


Implications of the studies

Doctors have traditionally linked glaucoma with intraocular pressure. It was believed that high eye pressure puts physical strain on the optic nerve. Therefore, to reduce this pressure, patients were prescribed eye drops containing prostaglandin, which can have negative side effects such as atrophy that can worsen the condition of the eyes in the long-run.

The latest studies funded by the National Eye Institute have led doctors to re-think their treatment options and explore therapies that can reduce strain caused by eye movement.