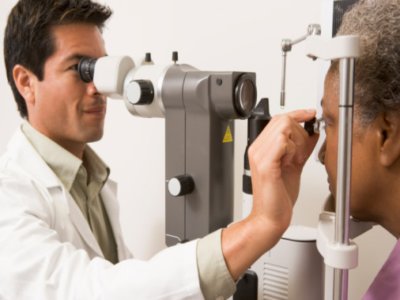 Acute angle-closure glaucoma is an emergency situation that requires immediate treatment. Quick recognition of the condition and immediate intervention can have a significant impact on patient outcomes and the progression of the disease.

Glaucoma is a leading cause of blindness if left untreated, and despite receiving treatment, about 10 percent will still lose their vision. Currently, there isn’t a cure for glaucoma, with treatment methods being focused on slowing its progression and controlling symptoms.

It is estimated that those in their sixth and seventh decade of life are at greatest risk for developing acute closure glaucoma. Outcomes of acute angle closure glaucoma will depend on the amount of time from the onset of treatment, underlying ocular disease, as well as ethnicity.

Acute angle-closure glaucoma occurs in one of 1000 whites, about one in 100 Asians, and as many as 2–4 in 100 Eskimos. The condition predominantly affects females because of their shallower anterior chamber (the fluid-filled space inside the eye, between the iris and the cornea’s innermost surface).

What happens in acute glaucoma?

Glaucoma is a group of eye conditions that damage the optic nerve responsible for transmitting visual information from the retina to the brain. The most common form of glaucoma has no warning signs and is characterized by a gradual change in vision that is often not recognized until it has reached an advanced stage.

Doctors recommend that at-risk individuals get regular eye check-ups because of this reason, as once vision loss has occurred, it can’t be recovered. There are two types of glaucoma to be aware of.

It is estimated that over three million Americans have glaucoma, but only about half know they have it. Glaucoma accounts for nearly 12 percent of all cases of blindness in the U.S. and is the second leading cause of vision loss worldwide.

What are the causes of acute angle closure glaucoma?

Glaucoma is a progressive condition. Over time, pressure build-up within the eyes can lead to optic nerve damage. Intraocular pressure – the pressure within the eye – damages the cranial nerve responsible for sending the images you see to the optic nerve to be interpreted.

When the optic nerve becomes damaged, it can lead to significant sight impairment or even blindness in just a few years. One of the most troubling aspects of glaucoma is that in its initial phases, it may not present with any symptoms. It is not until you start to notice problems with your vision that glaucoma cases are diagnosed.

In cases of acute closure glaucoma, fluid drainage out of the eye becomes completely blocked, leading to immediate pressure build-up. This causes the iris and cornea of the eye to move closer together, closing the angle between them. Attacks of angle closure glaucoma can occur when you go into a dark room, get eye drops that dilate the pupils, are excited or stressed, and take certain medication such as antidepressants, cold medications, or antihistamines.

What are the symptoms of acute glaucoma?

Symptoms of acute angle closure glaucoma will often include:

Considering that acute angle closure glaucoma is an emergency condition, diagnosis of the disorder will primarily occur in the emergency room while getting treatment. If you do feel symptoms of severe eye pain, going to the nearest emergency room is highly recommended. Here you will be asked about presenting symptoms to learn more about what is going on in your eye.

The following tests may be utilized to help learn for certain that symptoms are indeed due to acute angle closure glaucoma.

Gonioscope: A test used to examine the drainage angle of the eye. It is done by placing a special contact lens on the patient’s eye, which will help the doctor determine if the angles are open, narrowed, or closed. Also, this will allow you to rule out other conditions that could caused elevated intraocular pressure.

Tonometry: A test used to measure the pressure inside the eye in millimeters of mercury (mmHg). Normal eye pressure ranges from 10-21mmHg, while cases of acute angle-closure glaucoma may have intraocular pressure as high as 40–80mmHg.

Biomicroscopy: A test that make use of a slit lamp to examine the front of a patient’s eyes. It can help reveal a poorly reactive pupil, a shallow anterior chamber, corneal swelling, redness of the white of the eye, and inflammation

Ophthalmoscopy: A test used to examine the optic nerve to assess for any damage or abnormalities. This test may require pupil dilation for adequate examination.


How to treat and prevent acute glaucoma

Treatment of acute angle closure glaucoma will often involve methods that will attempt to reduce some of the pressure within the eye. This may entail the use of medicated eye drops and/or medication to lower the amount of fluid your eye makes.

Once intraocular pressure has dropped, your doctor may utilize laser iridotomy, which uses a laser to make a small hole in the iris, helping to allow fluid to start flowing again inside the eye. A laser may also help to pull the edges of the iris from the drainage canals, helping to relieve pressure.

It is recommended that those over 40 years old who have a family history of glaucoma have a complete eye exam from an eye doctor every one to two years, as this is considered the best form of prevention of acute angle closure glaucoma attacks. This is especially important if you suffer from a health condition such as diabetes or high blood pressure, as these may also affect eye health.