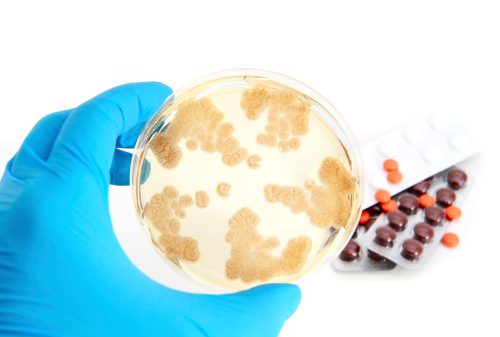 Antibiotic resistance is a looming threat that is slowly rearing its head, becoming a difficult complication to handle in the fight against disease. It occurs when an antibiotic medication loses its ability to control or kill bacterial growth, which is its primary purpose. Antibiotics have saved millions of lives since the inception of penicillin, the first mass-produced antibiotic. The fact that bacteria are starting to show resistance has prompted pharmaceutical companies to become more vigilant than ever in their search for a solution, and they believe that fungi may be the answer.

Penicillin itself was derived from the fungi penicillium, and now researchers at Chalmers University of Technology have developed a method for finding new antibiotics using this natural resource that may help combat the trend of antibiotic resistance. The team of scientists accomplished this by sequencing the genomes of eight different types of the penicillium species, and are quite happy with what they found.

“We found that the fungi have enormous, previously untapped potential for the production of new antibiotics and other bioactive compounds, such as cancer medicines,” says Jens Christian Nielsen, a Ph.D. student at the Department of Biology and Biological Engineering.

The study in itself scanned the genomes of 24 different kinds of fungi to find genes responsible for producing various bioactive compounds like antibiotics. The research team found more than 1,000 pathways, demonstrating fungi’s immense potential for producing a large variety of natural and bioactive chemicals that could be used to manufacture pharmaceuticals. Not only did fungi show it still holds vast antibiotic potential, but it may also be able to make existing ones more efficient.
“It’s important to find new antibiotics in order to give physicians a broad palette of antibiotics, existing ones as well as new ones, to use in treatment. This will make it harder for bacteria to develop resistance,” explains Jens Christian Nielsen “Previous efforts to find new antibiotics have mainly focused on bacteria. Fungi have been hard to study—we know very little of what they can do—but we do know that they develop bioactive substances naturally, as a way to protect themselves and survive in a competitive environment. This made it logical to apply our research tools to fungi.”

The researchers have developed a sort of road map to help better compare hundreds of genes to make finding and developing potent antibiotic drugs a real possibility in the future, however, when they will be available to the general population is another question entirely, according to the team. They stress that it is a governmental responsibility to recognize this type of research and spend money for development.