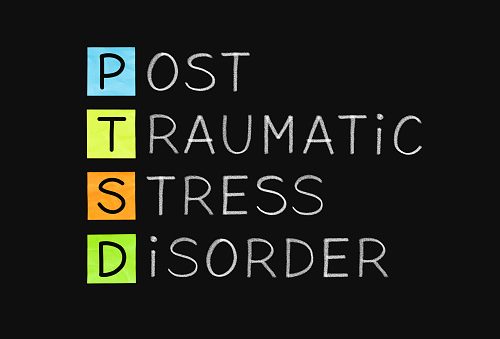 Post-traumatic stress disorder (PTSD) is a mental disorder affecting hundreds and thousands of individuals around the world every day and develops after a person is exposed to a traumatic event like sexual assault, warfare, or even traffic collisions. The lives of these individuals can be severely impacted by this condition, leaving them in a constant “fight or flight” state. Those with PTSD are also at a higher risk for committing suicide.

However, a new study from UCL and the University of Zurich involving a commonly used antibiotic medication may provide some good news for PTSD sufferers. A study published in Molecular Psychiatry involving 76 healthy volunteers participating in a placebo-controlled, double-blind randomized controlled trial found that the antibiotic doxycycline can disrupt the formation of negative associations in the brain, potentially providing some relief to those with PTSD.

The study was set up in a way where participants were either taking doxycycline or a placebo, and they learned to associate a certain color with an electric shock through the use of a computer interface. The computer screen would flash certain colors, with one of the colors being associated with a 50 percent chance of receiving a painful electric shock. A week later, they were shown the colors again along with a loud sound (but no shock). During this time, their fear responses were measured by tracking eye blinks, as it is an instinctive response to threats. The fear memory response was calculated by subtracting the baseline startle response (the response to the sound of the “good” color) from the response from the sound when the “bad” color was shown.

The team reported a 60 percent lower fear response in those participants who were taking doxycycline in the first session compared to the placebo. This showed a significant decrease, suggesting that fear memory had been suppressed by the antibiotic. Of note, other cognitive measures including sensory memory and attention were not affected.
“When we talk about reducing fear memory, we are not talking about deleting the memory of what actually happened,” explains lead author Professor Dominik Bach. “The participants may not forget that they received a shock when the screen was red, but they ‘forget’ to be instinctively scared when they next see a red screen. Learning to fear threats is an important ability for any organism, helping us to avoid dangers such as predators. Over-prediction of threat, however, can cause tremendous suffering and distress in anxiety disorders such as PTSD.”

This trial demonstrated an initial proof of principal treatment strategy for PTSD. Prof. Bach goes on to explain that his study theory was based on the recent discovery that our brains need proteins outside the nerve cells, called matrix enzymes, to form memories. The use of clinically approved drugs to block these enzymes, including doxycycline, could potentially help PSTD and other similar mental disorders. Prof. Bach’s study results so far have supported his theory, opening up an exciting new avenue of research that helps find more effective treatments to aid those suffering from debilitating mental disorders.