Home » General Health » Bladder » Frequent night awakenings and urination may be due to obstructive sleep apnea, not enlarged prostate 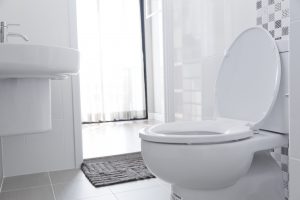 Frequent night awakenings and urination may be caused by obstructive sleep apnea, rather than enlarged prostate. The study compared men aged 55 and 75 years old with an enlarged prostate diagnosis who reported nighttime urination (nocturia) at least once a night. The control group did not have prostate enlargement or nocturia.

Researcher Dr. Howard Tandeter said, “If nocturia severity in BPE [benign prostate enlargement] patients is actually a pre-existing sleep disorder, this can now be treated and help improve patients’ quality of life. Even among those patients with well-defined medical reasons for nocturia, sleep disorders may still be found as the source of most awakenings from sleep. Therefore, the diagnosis of a sleep disorder should be seriously considered whenever a patient reports frequent awakenings from sleep to urinate, since the problem is treatable.”

Depending on the size of the prostate and the associated symptoms, there are many different treatment options available.

Although you may not be able to prevent the enlargement of your prostate, implementing the following measures can help ease symptoms and improve prostate health.