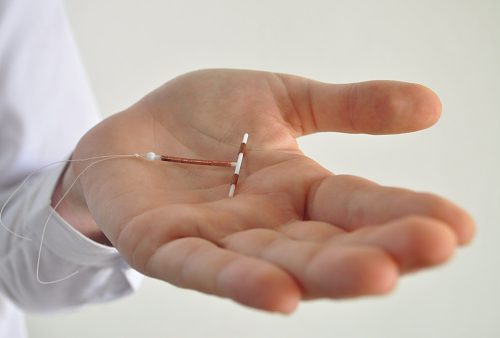 There are many forms of contraceptive available for women, all with varying degrees of effectiveness for the prevention of pregnancy. The intrauterine device or IUD is a small “T-shaped” birth control device that is inserted into a woman’s uterus and is considered one of the most effective forms of birth control currently offered today.

New research suggests that the IUD may do more than preventing unwanted pregnancy. It might also offer protection against cervical cancer, the third most common cancer affecting women worldwide.

Cervical cancer develops when healthy cells undergo a genetic mutation, making them cancerous and behave abnormally. These cells now multiply exponentially without stopping, leading to the development of a tumor. These cells can also invade nearby tissue, leading to the spread of cancer. While it isn’t clear what causes cervical cancer, it is thought that HPV—human papillomavirus, a sexually transmitted infection that affects nearly all sexually active people—leads to the cancer development in females, but this is not the only factor. The following are some risk factors attributed to cervical cancer

The study in question is the first to combine data from studies on IUDs and cervical cancer. More than 12,000 women worldwide were included in the analysis, showing that those who used IUDs had a lower incidence of cervical cancer.


“The pattern we found was stunning. It was not subtle at all. The possibility that a woman could experience some help with cancer control at the same time she is making contraception decisions could potentially be very, very impactful,” says the study’s lead author, Victoria Cortessis, Ph.D., associate professor of clinical preventive medicine at the Keck School.

The potential for helping women across the globe

Where IUDs may show the greatest protective impact is in developing countries that don’t have the necessary resources for HPV vaccines or regular cervical screenings. The researchers believe that this form of contraception could potentially be a great tool to combat the impending epidemic of cervical cancer in aging women.

However, the researcher admits that the mechanism behind this protective effect of IUDs is poorly understood at the moment. They believe that IUD placement may simulate an immune response in the cervix that helps to fight off existing HPV infections that could one day lead to cervical cancer. Another theory is that when an IUD is removed, HPV infected or precancer cells are scraped off at the same time.

“The results of our study are very exciting. There is tremendous potential,” said study co-author Laila Muderspach, MD, chair of obstetrics and gynecology at the Keck School.

Simple fixes for your sleep troubles