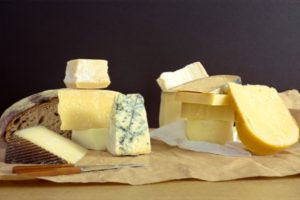 Who doesn’t love cheese? It’s truly a favorite of the many, but unfortunately, if you have certain health problems it’s often the first food to eliminate from your diet, especially if you have high cholesterol. Well, good news, cheese lovers, research is coming to the rescue. It has been uncovered that cheese consumption may actually aid in preventing high blood pressure.

Generally, if you have high blood pressure, you should avoid sodium, but researchers found that consuming sodium in the cheese may actually offer benefits. The researchers suggest that the antioxidant properties found in cheese can help protect the cardiovascular system.

Associate professor at Pennsylvania State University Lacy Alexander explained, “This is a novel finding that may have implications for dietary recommendations. Newer dietary recommendations suggest limiting sodium, but our data suggests that eating sodium in the form of a dairy product, such as cheese, may be protective. We are already aware that at the population level, people who eat more dairy typically have lower blood pressure.”

The findings suggest that when sodium is consumed in the form of cheese it does not have the same negative effects as non-dairy-sourced sodium. Although the researchers have uncovered this benefit of cheese in the short term, they are unaware of the long-term effects.
The researchers fed the participants dairy cheese, pretzels, or soy cheese on five separate occasions three days apart. The effects of the different foods on the cardiovascular system were then compared using a Laser-Doppler velocimetry, which shines a weak laser through the skin. The laser light allows researchers to detect blood vessel dilation occurring in response to nitric oxide.

Postdoctoral fellow Anna Stanhewicz explained, “We found that when our subjects ate a lot of sodium in cheese, they had better blood vessel function – more blood flow – compared to when they ate an equal amount of sodium from non-dairy sources – in this case, pretzels and soy cheese. We know that more red blood cells means more blood flow and more dilation. We observed that subjects had more nitric oxide-moderated dilation after eating dairy cheese, compared to after eating pretzels or soy cheese.”

The findings don’t necessarily imply you should be eating more cheese. After all, cheese still contains plenty of fat and calories and should be consumed in moderation. The study suggests, though, that we may not need to ban it from our diet altogether.