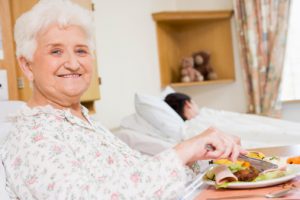 Sleep problems pertain to a wide range of disruptions in patterns of sleeping, such as the inability to sleep, or insomnia, and the grinding of teeth during sleep. These disruptions may actually interfere with the capacity of a person to rest each night, resulting in a variety of physical and mental health issues that require medical treatment.

For example, a person suffering from insomnia often feels weak during the day because they were unable to rest the previous night. This may also result in an inability to focus on specific activities during the day, such as operating a machine or motor vehicle and understanding the lesson taught in the classroom. Insomnia and other types of sleep problems may thus result in poor quality performance and, to some extremes, may even cause accidents and death.

Food and your sleep problems

Physicians and scientists have made extensive efforts in identifying an effective treatment for insomnia and other types of sleep problems. In the field of medicine, sleep patterns in terms of eye and body movements have been examined, including the extent and frequency of each type of activity during sleep. In the field of pharmacology, various types of natural and synthetic reagents are currently being screened for their potential as treatment for insomnia.

There are over-the-counter formulations on the market for treating the common cold and flu that also allow an individual to sleep through the night amid a runny nose and phlegm production. Other treatment options include sleeping pills that allow a person to achieve tranquil sleep, although this particular type of treatment may not be helpful if used for a prolonged period of time.

According to a recent medical report in the journal Innovations in Clinical Neuroscience, there may be certain common food items and drinks that increase one’s likelihood of developing insomnia.

Foods to eat before bed

If you’re looking for a good night’s rest but are craving a snack before bed, you will want to opt for any of the food items listed below as they promote sleep and won’t keep you up at night.

Foods that can affect your sleep

If you’ve been having difficulties sleeping you will want to take a close look at your diet for potential culprits. The following foods are known to keep you awake at night.

Energy drinks are beverages that were designed to give the consumer a rapid energy boost, allowing extra strength and alertness during the day. These drinks were initially introduced in Europe in the late 1980s and were later marketed in the United States in the late 1990s.  They contain high amounts of caffeine, which is a stimulating alkaloid derived from the coffee plant.

The researchers reviewed 838 studies on sleep problems such as insomnia released in the past 11 years. They wanted to determine the extent of information that has been published on the energy drinks that are often used to increase one’s alertness during the day.

The review showed that energy drinks may serve a person’s need for a rapid treatment or fix to keep awake for a certain event, yet the effects of these beverages often stay on until the evening, when a person has completed their task and would want to then sleep and rest. The use of energy drinks on a more frequent basis may also result in a prolonged effect of wakefulness, which may eventually lead to insomnia.

The authors concluded that the general use of energy drinks may temporarily help an individual, yet when these beverages are used for an extended period of time, one’s sleep quality may suffer. More importantly, the quality of life of the individual may also deteriorate due to the prolonged use of stimulant-rich energy drinks that prevent quality sleep.

Treatment of sleep disorders in an individual who is constantly using energy drinks may also be pointless, because the presence of caffeine in the body may have already impacted some psychological effects on the individual. It is, therefore, important to know if a certain lifestyle behavior is influencing one’s quality of sleep each day.

Related: Essential oils for sleep: 9 ways to get the best sleep ever