Home » Anti-Aging » Is this food making you age faster? 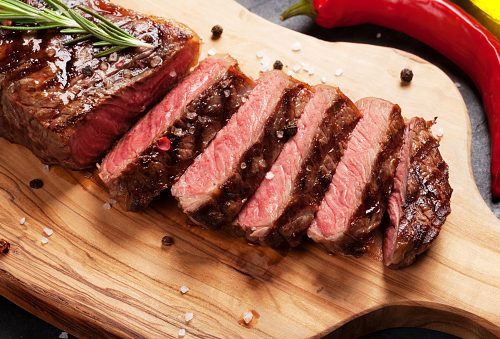 More and more people are living to 100, as advancements in medicine along with awareness of healthy lifestyle habits continue to improve. Aging is constantly being studied by experts—they want to find out why some people live longer than others and how we can have more people reaching that triple-digit age.

Inflammation can be both good and bad. It’s good because it can help healing and fight off infection. But it’s bad because if it becomes chronic, it can lead to serious complications including acne, digestive problems, heart issues, and even joint problems. Basically, chronic inflammation can negatively impact all areas of health.

Because much of our immune system is located in our gut, what we eat plays a big role in inflammation production. Where some foods trigger inflammation, others work to reduce it.

A major food source of inflammation

Alternatively, meat consumption has been linked with insulin resistance, which is a trademark of diabetes. Studies have shown that consuming high-protein and high-fat foods, like red meat, induces the release of more insulin similar to certain carbohydrates. Some foods like fish, beef, cheese, and eggs, had larger insulin responses per gram than many carbohydrate foods.


Furthermore, meat eaters have been consistently found to have higher levels of insulin-like growth factor 1 (IGF-1), which is linked to breast and prostate cancer.

A Cleveland Clinic study found that meat eaters have higher Trimethylamine-N-oxide (TMAO), which can promote heart disease. TMAO was not elevated in vegans who consumed a meat meal for the sake of the study. This is why it’s important to substitute some meat meals for more veggies and meat alternatives like beans.

Lastly, meat contains Advanced Glycation End-Products (AGEs), which occurs as a result of cooking methods through dry heat, such as grilling. AGEs have been linked to a variety of diseases such as brain inflammation, diabetes, heart disease, and cancer.

A scientific review explained, “One of the most consistent epidemiological associations between diet and human disease risk is the impact of red meat consumption (beef, pork, and lamb, particularly in processed forms). While the risk estimates vary, associations are reported with all-cause mortality, colorectal and other carcinomas, atherosclerotic cardiovascular disease, type II diabetes, and possibly other inflammatory processes.” Although it may seem like being vegetarian or vegan is the way to go, you don’t need to completely go green to reduce inflammation. Just ensure you’re putting a larger focus on whole grains, fruits and vegetables, and less on red meat. Swapping red meat with more fish or even meat alternatives can help you bring down your inflammation and support better overall health.

These foods are full of health-boosting antioxidants

Best anti-aging foods you should be eating