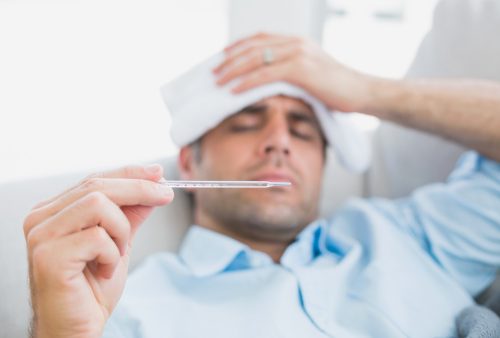 Obesity is a very prevalent issue today. More than one-third of Americans are considered overweight or obese. Being obese puts you at a health disadvantage, increasing your risk of future health problems and early death. It’s now been discovered that obese people are twice as likely to develop the flu or influenza compared to those of healthy weight, despite getting a flu shot.

Most people underestimate the seriousness of the flu. It’s more serious of a condition than the common cold. On average, 200,000 Americans are hospitalized each year due to the virus. Another 3,000 to 49,000 people die every year from the flu in the U.S. alone.

This makes the flu shot the best way to protect yourself from the influenza infection. However, obesity is a recognized risk factor for death caused by the flu. This is primarily because the flu shot isn’t as effective in overweight individuals.

This conclusion was reached through a study that compared 1,022 adults from North Carolina who were of healthy weight, overweight, or obese. All participants had received the seasonal trivalent inactivated influenza vaccine (IIV3) during the 2013–2014 and 2014–2015 flu seasons.

The researchers measured which vaccinated subjects had the flu or influenza-like symptoms through lab testing and symptom scores. The degree that influenza-fighting antibodies were produced was also measured.

It is suspected that immune cells responsible for fighting off the flu do not function properly in obese people. Immune cells are important for supporting protection and recovery from influenza. Impaired T cells—a type of immune cell—are thought to be responsible for the ineffectiveness of the vaccine in obese people.
“Vaccinated obese adults are twice as likely to develop influenza and influenza-like illnesses compared to vaccinated healthy weight adults,” said co-author Melinda Beck.

Antibody levels between the subjects were also assessed. The researchers found no differences in the antibody count between vaccinated participants who did not report any symptoms and those who did. No differences were seen between obese and healthy weight participants either.

Having no significant differences in antibody numbers suggests that this measure is not a good indicator of protection against influenza.