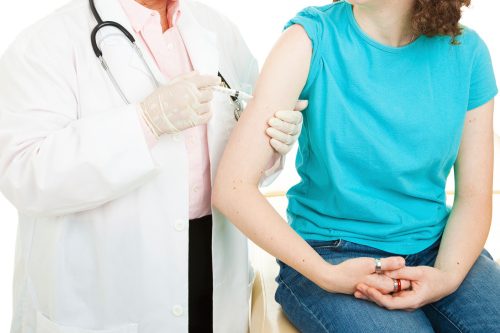 Lead researcher professor, Dr. Dawn Bowdish, found that inflammation caused by the flu doesn’t really go away and can contribute to other ailments, such as dementia and cardiovascular disease. Dr. Bowdish said, “It’s a terrible cycle where once you start getting these respiratory infections, they often precipitate and make you more susceptible to more infections and more of this chronic inflammatory disease.”

The study was conducted on mice, and researchers found that in elderly mice, if they received the flu shot in early life, they were less likely to develop chronic illnesses later on. On the other hand, elderly mice that were never vaccinated experienced chronic illness much earlier, and when they developed the flu it sped up the progress of those other diseases.

Dr. Bowdish believes the flu shot should be administered early in life because it is effective in children and helps lower the risk of spreading the flu, especially to the elderly.

Even though the flu shot is the number one defense against the flu, many individuals still do not get the necessary vaccine. Dr. Bowdish herself admitted she had to convince her own mother and husband to get vaccinated.

Hopefully with the added benefits of the flu shot, more people will be inclined to receive it and help prevent serious illness later in life.